SM Entertainment and the birth of the Hallyu

SM Entertainment and the birth of the Hallyu 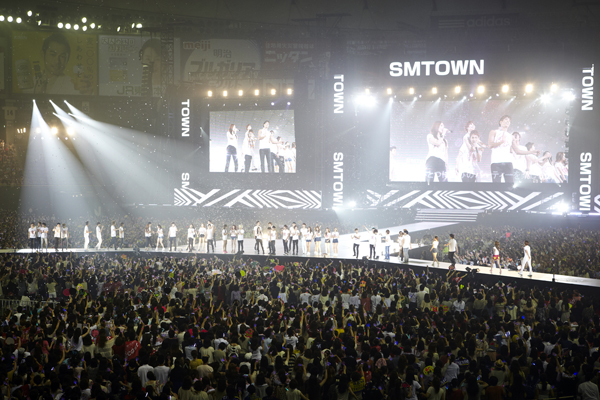 
* The Hallyu, led by pop groups like Girls’ Generation, Wonder Girls, Super Junior and Big Bang, has proven to the world that Korea’s got talent.
But how did this come to be and who is managing these gifted entertainers?
In the Korean music industry, the talent runs deep - talent scouts, managers and marketers have all played vital roles in the rise of the Korean Wave.
According to the Ministry of Culture, Sports and Tourism, there are some 500 agencies registered in Korea, although the actual number is expected to be nearly double that. And some financial analysts say business prospects look quite rosy as the appeal of K-pop grows in the world’s largest and fastest-growing markets. Doors are already opening to other sectors like tourism and retail.
This is the first installment of a new Korea JoongAng Daily series that dives into Korea’s entertainment companies and explores how they differ from one another, from their range of K-pop talents to their overseas marketing campaigns.


“Something very amazing is happening around the world at the moment. K-pop, K-culture - K-everything. Who would’ve thought ‘K’ would become such a cool letter?”

Lee Soo-man, a 60-year-old Korean entertainment mogul, was one of the discussants at a panel on the Hallyu in Taean, South Chungcheong. He’s the mastermind behind mega-hit K-pop groups like Girls’ Generation, TVXQ, BoA and H.O.T. Some liken him to the Steve Jobs of K-pop.

Lee added that this movement also signals the emergence of a “culture economy,” and that in five years, at the very least, the Korean economy will surpass its Japanese counterpart in terms of cultural content.

Lee, once a popular singer, radio DJ and music critic in the 1970s, is a household name in Korea. He is the founder, chairman and largest shareholder of SM Entertainment, Korea’s top entertainment agency. SM stands for Soo-man, his given name.

If any individual deserves credit for the recent rise in the popularity of K-culture, it is Lee, said Kim Young-min, the current president of the entertainment company.

“In 2000 - which was when K-pop had no place in the world music scene, [Lee] made H.O.T. perform in Beijing [the word Hallyu was coined by journalists in the Chinese capital to address the sudden surge of the Korean pop culture]. He tapped the Japanese music market with BoA, and pioneered Japanese boy band territory with TVXQ.

“Today he has ventured into the worlds of YouTube and social networking services to promote his creations to larger audiences.”

Our series begins with the biggest names in Korean music: Lee Soo-man and SM Entertainment. 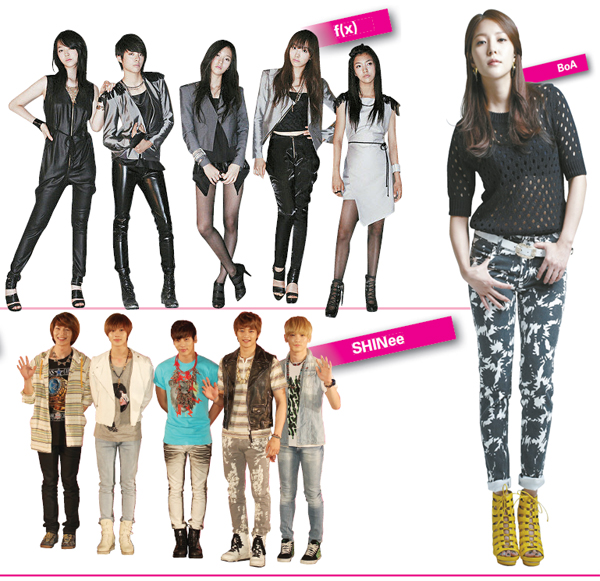 Leaving behind his successful music career, Lee left for the United States in the 1980s and obtained a master’s degree in computer engineering at California State Northridge. It was there that he got the idea to start an entertainment agency.

He witnessed the launch of MTV and the debut of New Kids on the Block, and how Korean teenagers were crazy about them. He wondered, “Why not Korean content and Korean singers and make the world go crazy about them instead?”

After he came back to Korea, Lee founded SM Planning in 1989. With MTV in mind, the project took a shot at broadcasting. Without much growth six years later, he changed his business model and renamed the company SM Entertainment.

Before the era of major entertainment agencies, artists would rise to fame through live performances or broadcasting breakthroughs, and then sign with a manager, an agency and a record company.

But Lee wanted his company to find the talent themselves and grow with them. SM would become hands-on during all stages, from A to Z - singing auditions, promotions, marketing and retail.

The task was daunting. The market was small in the 1990s, and the 1997 financial crisis would make prospects even dimmer.

“By listing on Kosdaq in 2000, SM got 20 billion won [$17.6 million]. With this, Lee could have either played it safe and led a rich life or taken a chance and made investments. He did the latter and became the father of the Hallyu.” 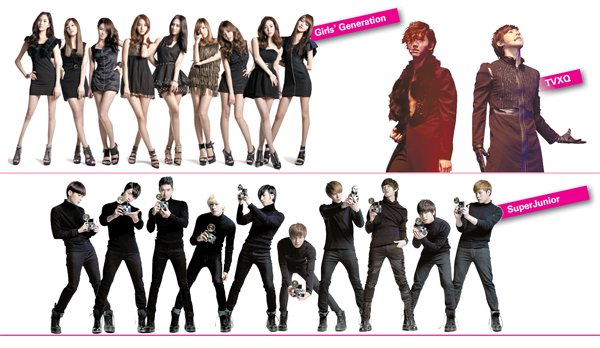 Lee was the catalyst of two major shifts in the Korean music industry: the first was the new system, which saw agencies manage their talents from the beginning; and second was expanding the market globally, which seemed like an overly ambitious vision to many.

Since H.O.T., the hit boy band that debuted in 1997 and became the first Korean group to go global with a Beijing concert in 2000, every SM artist has released song titles in Korean and English. Lee was also quick to set up SM Entertainment Japan in 2001, with branches in Hong Kong, the United States and Thailand following soon after.

It was a risky move. Korean pop music had little leverage in overseas markets at the time. J-pop was the talk of the town, with groups like L’Arc-en-Ciel, X Japan, Dreams Come True and Hikaru Utada dominating the scene. But Lee saw the potential of Korean artists, and his strategies not only worked, but set a new standard in the Asian music industry.

The company was worth 200 billion won when it went public more than a decade ago. Today it is valued at 1 trillion won. This has made Lee one of Korea’s richest, owning over four million shares as well as SM’s headquarters in Apgujeong, southern Seoul, thought to be worth 41.7 billion won.

Last year, SM Entertainment posted sales of 109.9 billion won, according to the Financial Supervisory Service, up 27 percent on-year and breaking the 100 billion won mark for the first time.

Today, SM scouts are flying all over the world looking for talents in foreign countries like the United States and China. With global investors and global auditions, the company is hoping to ensure continued growth both at home and abroad.

K-pop’s rise has come at a precarious time in the global music market. While digital purchases expand, sales from records, concerts and commercials aren’t what they used to be. This has led to the diversification of agencies’ business models.

Today, entertainment is only a segment of SM’s business portfolio. It has ventured into travel companies, restaurants and fashion - areas with close ties to the Hallyu.

Some 35 percent of SM’s revenue last year came from record sales while 65 percent came from artists’ appearances on TV shows and commercials.

“Should SM succeed in the diversification of its business portfolio, other players in the industry like YG and JYP will also follow suit,” said Kim Chang-kwon, an analyst at Daewoo Securities.

The global music industry is changing. SM Entertainment has shaped this evolution in Asia, and the task ahead will require the continued leadership and foresight of the father of the Korean Wave. From humble beginnings to the industry standard, Lee and SM have changed the course of Korean music and culture.