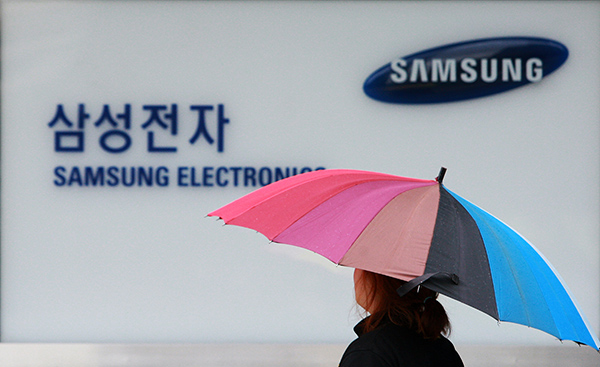 Imitation may be the sincerest form of flattery, but perhaps not any more for Samsung Electronics, which Apple’s lawyer described as the U.S. company’s “biggest fan” in his closing argument early last week before their patent dispute came to a head on Friday.

Although Samsung is almost certain to seek a motion to overrule the jury, which found in favor of Apple in six of seven patent-infringement claims in their epic intellectual property rights trial in San Jose, California, the result is likely to spark some soul-searching within the upper echelons of Korea’s tech titan.

“Uniqueness in design is quintessential. When a certain design is seen as being similar to that of another company’s in the eyes of the general public, it raises the chance of patent disputes, and the infringing company could be dealt a fatal blow,” tweeted Kim Young-se, CEO of Innodesign, a Silicon Valley-based design group.

On top of three utility patents that Samsung was found guilty of infringing, the nine jurors concluded the company illegally copied a range of Apple’s design features for its smartphones and tablet PCs. These include its speaker slot, display border, rounded corners, home button, grid-style icon layout, edge-to-edge glass and thin bezel, all of which fall under four patents.

Apple CEO Tim Cook reportedly told employees in an internal memo after the verdict that the company had “repeatedly” asked the Korean partner to stop mimicking its designs before resorting to legal action.

“We chose legal action very reluctantly and only after repeatedly asking Samsung to stop copying our work,” he said.

A Korean professional IT reviewer who runs a blog called “Konata’s Mobile Life” mobilized dozens of images to make a detailed comparison of the two rivals’ smartphones and tablet PCs dating back to early 2009. The blogger also compared their campaigns and package design to bolster his argument that Samsung was in effect a copycat.

“Koreans are furious at China for copying our products,” he wrote in a blog post. “But when Korea does the same, Koreans defend the action. That is a highly distorted form of patriotism. When a company takes the wrong path, it is the public’s job to correct it.”

Some experts said they hope the ruling serves as a turning point for Samsung.

“I think Samsung should reform its corporate culture [of copying its rival] .?.?. I even think it will feel grateful to Apple later,” tweeted Lim Jung-wook, head of global business at Daum Communications.

Samsung seems to have taken the first step to stay ahead of the curve. It has revived the stylus function, which Apple co-founder Steve Jobs derided earlier, in its latest tablets such as its Galaxy Note to much success.

The decision by the U.S. jury may make it harder for other handset producers including Samsung to enter markets with devices that look and work too much like Apple’s. One particular challenge will be dealing with the fact that the jurors considered Samsung’s “rounded corners” to be an infringement.

This relates to a technical term known as “trade dress,” a means of protecting a business’s image and how it is perceived by consumers.

Samsung claims the rounded corners are part of many smartphones’ general design, whereas the U.S. jurors concluded that Apple’s mobile gadgets were famous enough to have their value diluted by Samsung’s use of this design element.

Last month, a British judge ruled that Samsung’s Galaxy tablets did not violate Apple’s design patents, saying they “do not have the same understated and extreme simplicity which is possessed by the Apple design.” He added that Samsung’s tablets are “not as cool” as Apple’s, a remark that soon went viral.