Samsung’s loss may be boon for Nokia, Microsoft

Samsung’s loss may be boon for Nokia, Microsoft 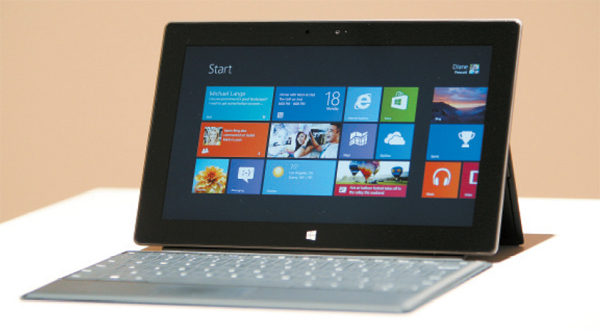 The new Surface tablet computer by Microsoft is displayed at its unveiling in Los Angeles, California, in this June 18 file photo. [REUTERS]


Nokia and Microsoft, both looking to increase U.S. sales of smartphones, stand to get a much-needed boost as Samsung Electronics’ products face a possible ban and phone makers come under pressure to consider alternatives to Google’s Android software.

Some Android equipment makers may turn to platforms such as Microsoft’s Windows 8 to avoid a similar trip to court, said Carolina Milanesi at research firm Gartner.

“I am sure that vendors in the Android ecosystem are wondering how long it will be before they become Apple’s target,” Milanesi said in an interview.

“This might sway some vendors to look at Windows Phone 8 as an alternative, and for the ones like HTC and even Samsung, who have already announced plans to bring to market a WP8 device, how much stronger their investment should be.”

BlackBerry maker Research in Motion will largely miss an opportunity to benefit because the first of the new BlackBerry 10 phones it is counting on to win sales will not arrive until the first quarter of next year, said Horace Dediu, a former analyst for Nokia who now runs mobile-phone industry research firm Asymco in Helsinki.

Microsoft stands to gain the most, Dediu said. The company has already prevailed in patent disputes with Android user Motorola Mobility, which is owned by Google. Microsoft has won court orders that banned U.S. imports of some Motorola devices and limits sales of some of the company’s products in Germany.

“Microsoft can go in to all these accounts and say, ‘Let us remind you again of the cost of Android,’” Dediu said. “What Microsoft has always had trouble with is getting these vendors to switch.”

Samsung sells dozens of Android phone models, according to its Web site, compared with just three for Microsoft. Microsoft could also boast that it offers legal protection that Google, by giving away Android for free to vendors, has not provided, Dediu said.

“With Windows phones, you’re protected against IP lawsuits because, if anybody sues, they are going to talk with Microsoft,” he said. “Microsoft can do that because they actually do have their IP pretty well sorted out.”

Nokia decided to become partners with Microsoft last year after jettisoning its aging Symbian platform that had failed to keep up with Apple’s iPhone and other Android devices. Nokia’s global mobile-phone market share slumped to 20 percent last quarter from 23 percent a year earlier, according to Gartner.

“Right now, for Nokia, it is a case of ‘the more the merrier,’ as the strength of the ecosystem is what they need to get traction with consumers and carriers alike,” said Milanesi.

More important than the Friday U.S. court ruling is the injunction Judge Koh is considering issuing next month, said Mark Lemley, a professor at Stanford Law School in Stanford, California.

“The real question is whether this is enough to derail the momentum the Android ecosystem has gained in the marketplace,” Lemley said.

The injunction may give other handset makers a welcome boost, said Michael Schroeder, a Helsinki-based analyst at FIM Bank.

“A potential sales ban on Samsung products will create some additional room for Nokia as it is preparing to ship the new lineup of Lumia devices over the next couple of months,” Schroeder said.