The event will showcase various wedding trends suggested by wedding consultants of the penthouse. In addition to a one-on-one consultation, a wedding program simulation will be available, as well as a display of bouquets and premium dresses from renowned designers.

The Plaza will also offer tastings of wedding menus, which will cost 50,000 won ($43.95), excluding tax and service charge.

Reservations are required for the tasting and fair entrance.

Sept. 17 to 30: The Deli will present a selection of deluxe hamper gift sets for Chuseok, Korea’s Thanksgiving Day.

During September: In celebration of its 23rd anniversary, the hotel will give away vouchers for corner suites, superior rooms, buffets and wine gift sets for customers who visit five of the eight restaurants and bars in the hotel: Cafe Amiga, the Familia buffet, Cheonsan Chinese restaurant, “Manyo” Japanese restaurant, Verona Italian restaurant, the Delmar lobby lounge, Amador deli and Zoe bar. 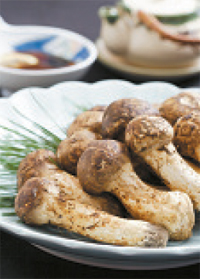 During September: The hotel will feature a menu of pine mushrooms at its Japanese restaurant Genji. The premium mushroom will be served as a la carte dishes as well as in an eight-course meal. 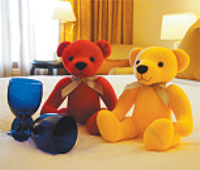 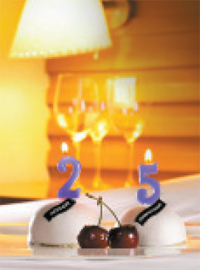 During September: To celebrate the 25th anniversary of partnership between Accor and Korea’s Ambassador Group, the hotel will offer a special package at 250,000 won, excluding VAT and service charge, featuring a night in a superior room, breakfast buffet at the Square, a bottle of wine and a DVD of “Phantom of the Opera.”

Saturday to Nov. 15: Three packages are designed to help you enjoy fall to the fullest. “Fall in Gourmet” includes a night in a superior deluxe room, room service of a sandwich and beverage, and access to the fitness club and indoor swimming pool. “Fall in Gourmet” is priced at 275,000 won, excluding tax and service charge.

“Fall in Memory” (290,000 won) consists of a night in a superior deluxe room and one of the hotel’s private brand products that include goblets, mugs and teddy bears.

“Fall in Relax,” which is 395,000 won, includes a night in a superior deluxe room, spa service for two and access to the fitness club and indoor pool.

The hotel is offering a choice of packages for every taste. The “Fall in Coffee” package includes one night in a deluxe room and coffee for two at the Atrium Cafe.

The “Fall in Love” package combines a deluxe room with coffee and a breakfast buffet for two, while the “Fall in Beauty” package offers one night in an executive room together with a gift box.

Finally, the “Fall in Luxury” package provides a night in the junior suite room and the gorgeous Masaki eau du parfum.

Packages start from 175,000 won, exclusive of tax and service charges.