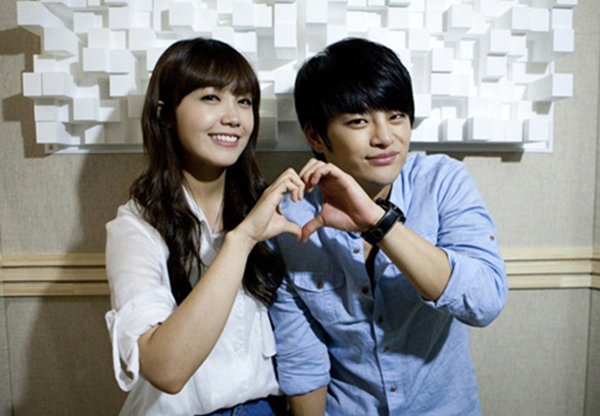 Co-stars from the drama “Respond 1997,” Seo In-guk and Jang Eun-ji have released a song to say “thank you” to their fans for watching their tvN drama which began airing on July 24.

Seo’s agency Jellyfish Entertainment announced on Aug. 28 that the song released that day was a remake of 1990s idol group Cool’s “All for You” and the new version is titled “Love Story Part 1.”

The song, in line with the retro feel of the television show, revokes vibes from the ’90s and part 2 is set to be released in two weeks time.

Moving back and forth between the past and present, the story centers on the lives of high school friends in Busan. The most notable character is an 18-year-old girl named Sung Si-won (played by Jang), who is infatuated with a boy band member.
By Carla Sunwoo [carlasunwoo@joongang.co.kr]