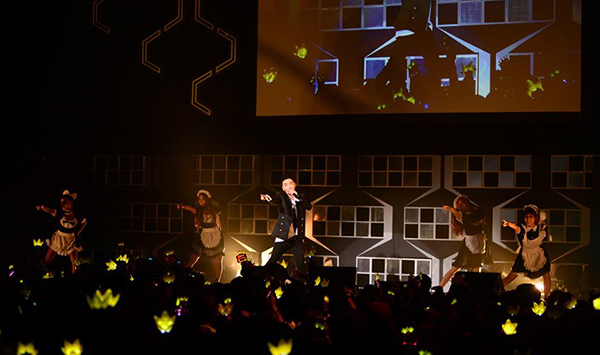 
Big Bang’s Seungri sure knows how to draw in a crowd: by imitating girl group members.

At a solo fan meet in Japan on Aug. 27 in Tokyo, the boy band member sang the song “Heavy Rotation,” which is a hit by the 21-member Japanese girl group AKB48.

As well as singing their song, Seungri reenacted an emotional scene which took place as member Atsuko Maeda performed with the band for the last time at the Tokyo Dome recently.

The K-pop singer added that he meant no harm in mimicking the popular girl group.

“I’m a huge fan,” he said. “I really respect them as fellow human beings.”

Meanwhile, Big Bang is set to release a new Japanese single in October.