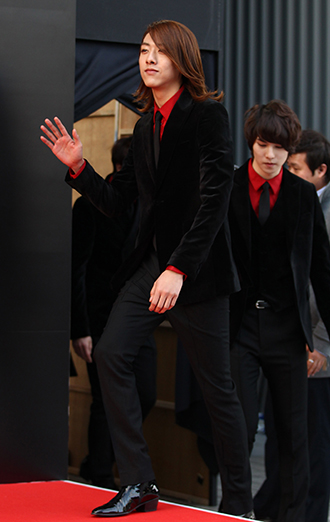 CN Blue’s guitarist and vocalist Lee Jung-shin is set to take on his first dramatic role in the KBS weekend drama “My Daughter Seoyoung.”

The program will begin airing next month, and Lee is set to take on the role of an audacious black sheep of an academic family.

Lee’s character, Kang Sung-jae, is said to be in stark contrast to his siblings, who are the smartest kids in their classes.

However, when Sung-jae falls for his tutor, things begin to change in the drama that focuses on the significance and importance of family.

“I’ve always felt an affinity toward acting since I was a child,” said Lee.
“I’ve also managed to go visit my band members when they film, and I knew my day would come soon enough.”

The musician added that he hopes to follow in the stead of his band members, who have starred in several successful dramas.

“I hope the ratings will be over 40 percent,” Lee said.