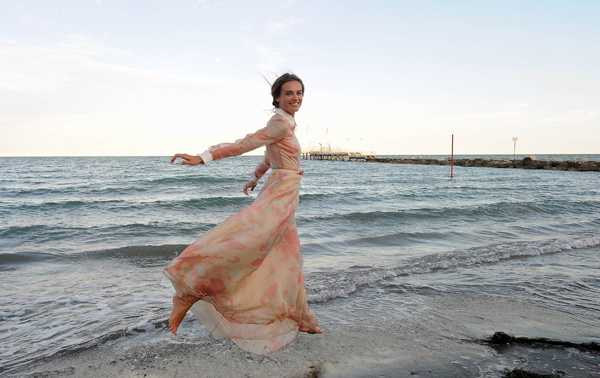 VENICE - The Venice Film Festival kicked off yesterday with the arrival of stars on water taxis for an art house dominated lineup dealing with issues from religious extremism to economic crisis.

First up at the world’s oldest film festival will be a showing of Mira Nair’s “The Reluctant Fundamentalist” - a political thriller about a young Pakistani man torn between Wall Street ambitions and the call of his homeland.

Among the most keenly awaited premieres are Terrence Malick’s “To the Wonder” - a complex love story starring Ben Affleck - and Robert Redford’s “The Company You Keep” with himself as a former Weather Underground militant.

One of the 18 films vying for the Golden Lion prize will be Paul Thomas Anderson’s “The Master” with Philip Seymour Hoffman as a character resembling Scientology founder L. Ron Hubbard - a movie bound to raise controversy.

Music is also on the menu with Spike Lee’s hotly anticipated “Bad 25” documentary about pop icon Michael Jackson and Jonathan Demme of “The Silence of the Lambs” fame with his homage to Neapolitan crooner Enzo Avitabile.

Luxury yachts could be seen moored in some of the most picturesque corners of Venice ready to host festival parties, and singing gondoliers were being kept busy plying the waterways with Hollywood veterans and up-and-coming auteurs.

The first edition of the festival was held back in 1932 on the terrace of the glamorous Excelsior Hotel on the Venice Lido and featured movies by some of the best known directors of the time like Frank Capra and Howard Hawks. This year’s festival, which runs until Sept. 8, will project a total of 52 films including 21 by women directors - in contrast with the Cannes festival this year which featured no women directors for films in competition.