As fall approaches, so do renowned biennales and int’l art fairs

As fall approaches, so do renowned biennales and int’l art fairs

German artist Wolfgang Laib’s installation “Unlimited Ocean” is part of the ninth Gwangju Bienniale that starts next Friday at the southwestern city. Provided by the organizers


Art enthusiasts can scream in joy at last as the slow summer season comes to an end and renowned exhibits swarm back to Korea in September.

The ninth edition of the Gwangju Biennale (www.gb.or.kr), one of Korea’s biggest and most internationally renowned contemporary art shows, will begin in the southwestern city next Friday. The theme of this year’s show, which runs through Nov. 11, is “Roundtable.”

In accordance with the theme, the biennial exhibit has been co-directed by six curators. The 2010 edition had a single curator - Italian Massimiliano Gioni, who has now become the curator of the 2013 Venice Biennale. The six curators of the 2012 Gwangju Biennale are all Asian women.

“This biennial event will help see political, social and cultural issues throughout the world from an Asian perspective,” said Kim Sun-jung, one of the six curators. “At the same time, the perspective will not be a united point but will consist of multiple points on equal ground. The biennale will have six sub-themes in a nonlinear structure.”

The other five curators are Nancy Adajania from India; Wassan Al-Khudhairi from Qatar; Mami Kataoka from Japan; Carol Yinghua Lu from China; and Alia Swastika from Indonesia.

A total of 92 teams of artists from 40 countries will present their works in this biennale.

Many of the projects require viewers’ active participation.

For example, the renowned Korean artist Do Ho Suh will present his “In-Between Hotel.” This is a tiny hotel room on a truck that stops at various in-between spaces of Gwangju streets so that viewers can actually stay for one night in it, interacting with the temporary neighbors. 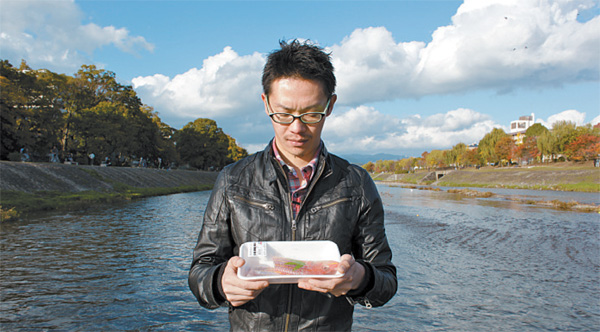 A video project about the aftermath of the 2011 Tohoku earthquake and tsunami by a team of artists Nina Fischer & Maroan el Sani. The work is part of the seventh Seoul International Media Art Bienniale that starts at the Seoul Museum of Art in central Seoul on Sept. 11.


Scott Eady of New Zealand is now collecting 100 used children’s bicycles from Gwangju citizens to dismantle and reassemble into 50 new bicycles, which visitors can test ride.

Meanwhile, on Sept. 11 the seventh Seoul International Media Art Biennale (www.mediacityseoul.kr) begins at the Seoul Museum of Art near Deoksu Palace in central Seoul with the theme “Spell on You.”

In this biennale, which runs through Nov. 4, 50 teams of artists from 17 countries will present new media art works including videos, installations and interactive media. Some famous names such as Jenny Holzer, of the United States, and Jung Yeondoo, of Korea, will have works displayed in the exhibit.

“The title is based on ‘I Put a Spell on You,’ a blues song performed by Screamin’ Jay Hawkins, which expresses one’s primordial human desire to entice and possess another by summoning a spell,” the biennale’s press release reads.

“ ‘Spell on You’ explores the recent proliferation of new media and information technology, which is reinforcing our obsession with control and domination through utilizing widely accessible and immediate forms of social communication.” 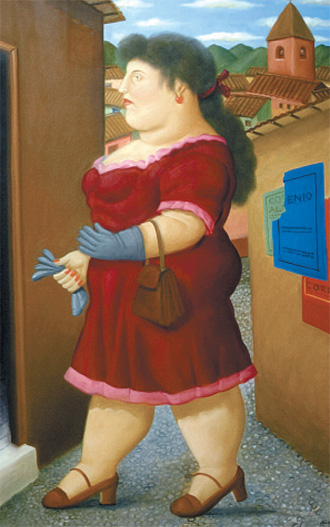 A painting by Colombian artist Fernando Botero that will be presented at the five-day Korea International Art Fair at COEX in southern Seoul, which starts on Sept. 13.

Two days later, on Sept. 13, the 11th edition of the five-day Korea International Art Fair, or KIAF (www.kiaf.org), kicks off at COEX in southern Seoul. More than 180 art galleries from 20 countries will participate in the fair.

“We have reduced the number of galleries by tightening the screening and have reinforced programs for VIPs to make the nation’s biggest art fair more substantial and profitable,” said Pyo Mi-sun, head of Gallery Pyo and of the Galleries Association of Korea. Last year, 192 galleries participated in the fair.

This year’s guest region is Latin America. Fourteen galleries from Argentina, Mexico and other Latin American countries will present works by the region’s famous artists such as Fernando Botero and Jesus Rafael Soto.

The Busan Biennale (www.busanbiennale.org), which runs from Sept. 22 to Nov. 24, runs under the theme “Garden of Learning.”

The biennale, curated by Roger M. Buergel, will present 200 artworks by 42 artists from 19 countries.