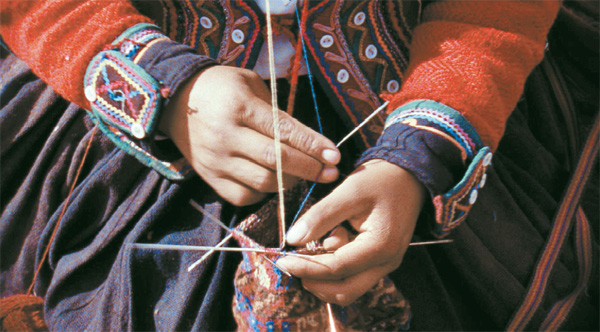 A scene from Kimsooja’s 25-minute film “Thread Routes ? Chapter 1.” The work on Peruvian weaving culture in the highlands around Machu Picchu is on display at the Kukje Gallery in central Seoul. Provided by Kukje Gallery and Kimsooja Studio


Kimsooja, an internationally renowned Korean artist with nicknames like the “needle woman” and “artist of bottari,” referring to the Korean traditional cloth bundle used to carry belongings, kicked off a solo exhibit in central Seoul yesterday.

The show at the Kukje Gallery in the art zone east of Gyeongbok Palace consists of seven films by the 55-year-old artist, including two of her most recent: chapter one and two of “Thread Routes.”

Kimsooja has been behind works in a number of genres including video art, performances and installations. But many are created under a consistent theme: a contemplation of human life through a depiction of mundane daily activities that are seldom paid attention to. Examples include sewing, laundry and packing clothes in bottari. 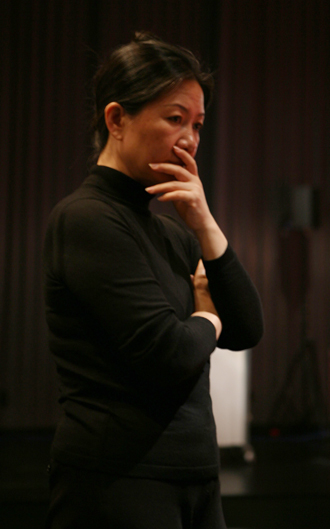 The 23-minute 16-millimeter film “Thread Routes - Chapter 2,” which is being unveiled for the first time in the Kukje exhibit, captures the ancient craft of lace-making in various parts of Europe. While it seems similar to a documentary film, it has no explanatory narration.

One scene that shows a nun crafting a lace with deft fingers, while a church bell rings in the background, is just like watching a delicate performance. The scene is followed by the shots of a chandelier and vaults of a church, with white and exquisite images that are surprisingly similar to those of the laces.

“I conceived the idea of the ‘Thread Routes’ project when I saw a traditional lace-making process in Bruges, Belgium,” Kimsooja told reporters at Kukje on Wednesday. “I felt the craft process contained powerful performative and ritual elements.”

The chapter one film, which was first unveiled in the “Art Unlimited” section of the Art 43 Basel in Switzerland earlier this year, features Peruvian weaving culture in the highlands around Machu Picchu.