HHI to set up healing center for aging ‘comfort women’

HHI to set up healing center for aging ‘comfort women’ 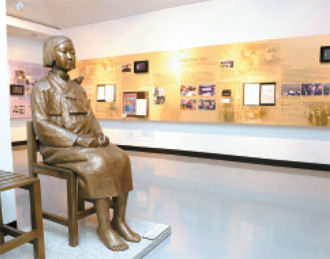 Hyundai Heavy Industries will create a healing center for Korea’s “comfort women,” or victims of sexual slavery by the Japanese military during World War II.

The No. 1 shipbuilder said yesterday it will donate 1 billion won to the Korean Council for the Women Drafted for Military Sexual Slavery by Japan to help build a shelter for 60 former sex slaves in Mapo District, northwestern Seoul, near the War & Women’s Human Rights Museum.