Left: Lotte Hotel’s business hotel is located in Mapo District, northwestern Seoul. The hotelier is set to establish seven more premium business hotels across Korea within the next four years to accommodate the growing number of inbound tourists. Right: Lotte Department Store’s second Tianjin store, which will open tomorrow, is built in the heart of the northern Chinese metropolis. The two companies’ latest business expansion comes as Lotte Group is revitalizing its overseas marketing strategy. Provided by the company


Lotte Group is accelerating its business expansion overseas by setting up more retail stores in China despite the global economic slowdown. It is also set to establish a number of business hotels in Korea to tap the growing number of inbound tourists.

Its leading retailer Lotte Department Store said it will open a second Tianjin store in northern China on Saturday.

Meanwhile, Lotte Hotel plans to open seven premium business hotels across Korea within the next four years to accommodate the increasing number of foreign visitors.

Lotte Department Store said yesterday it will open the new Tianjin store in the “Cultural Center,” the biggest cultural and commercial complex in the city near Beijing.

The new department store, the fourth of its kind overseas following ones in Moscow, Beijing and the first in Tianjin, will be wholly owned by Lotte with its 100 percent capital investment.

The five-story Tianjin has a floor area of 73,000 square meters (786 square feet), including a business area of 43,000 square meters. It will be located in a commercial district similar to Seoul’s affluent Gangnam area. The district is surrounded by numerous luxury apartments among 300,000 households.

Tianjin is the fastest-growing commercial area in China and has posted the highest GDP among Chinese cities for two straight years, Lotte said.

The company said it will use its four years’ experience of doing business in China to map out which products to sell as it has already established local consumers’ favorite brands in each segment.

It has also built a replica of Seoul’s shopping Mecca of Myeong-dong within the store to reflect the popularity of Korean products and street food among Chinese in a strategy to boost sales. Korean cosmetics brand Missha, The Face Shop and Skin Food are all featured in the street.

“With the opening of the second Tianjin store as momentum, we are planning to accelerate our business in China,” said Shin Heon, CEO of Lotte Department Store. “We will strengthen our presence in the Chinese market, through comprehensive localization and differentiated services.” 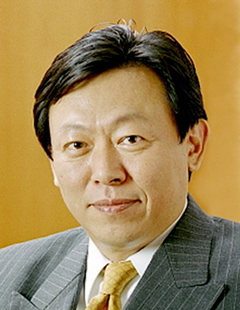 Meanwhile, Lotte Hotel said it will open premium hotels starting with the construction of 262 rooms of a business hotel in Yeon-dong of Jeju Island in February 2014, followed by one in Daejeon’s Yuseong District, Chungnam, in March of that year. Also in 2014, it plans to open a hotel in Seoul’s Guro District in June and another in Ulsan in October.

In December 2015, it will open two more business hotels in Myeong-dong, central Seoul, to capitalize on a room shortage in the area that is benefiting from a sharp increase in the number of foreign, especially Chinese, tourists.

Lotte Hotel is also set to make inroads into Hanoi, Vietnam, in 2014 and Shenyang, China, in 2016, based on its successful overseas expansion in new cities such as Moscow. It is expected to have between 30 and 40 hotels around the world by 2018.

“As the business environment changes due to slow growth and the economic downturn, expectations of the role played by marketing are rising. Marketing managers should enhance their global strategies and capabilities,” Shin said.