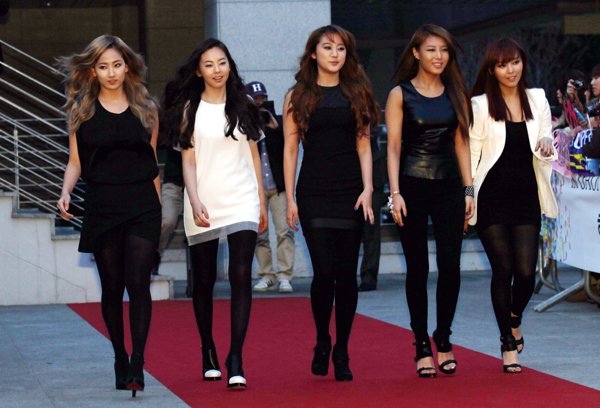 
Wonder Girls’ song “DJ is Mine” was presented anew with the help of famed DJ Afrojack. JYP Entertainment publicized the remix version through the U.S.-based K-pop Web site AllKpop.com yesterday.

“The remix concentrates on Sohee and Yenny’s vocal stems and then leads to a bass-thumping dubstep inspired drop,” the Web site said.

This isn’t the first time the girl band’s song has been reworked by a world-renowned deejay. The group’s English song “Nobody” was covered by Jason Kevins.

It seems that American entertainers are taking note of the K-pop group, with Kevin McHale from “Glee” recently tweeting about his love for the Wonder Girls’ new song “Like Money.”

The song, which garnered attention for featuring famed hip-hop singer Akon, was praised Tuesday by McHale as “amazing.” The day before the post, McHale said he had been “watching K-pop videos for hours.”

In the meantime, the K-pop quintet is set to tour Asia from Sept. 8, making its way to Singapore, Malaysia, Indonesia, China and Vietnam right up until November.
By Carla Sunwoo