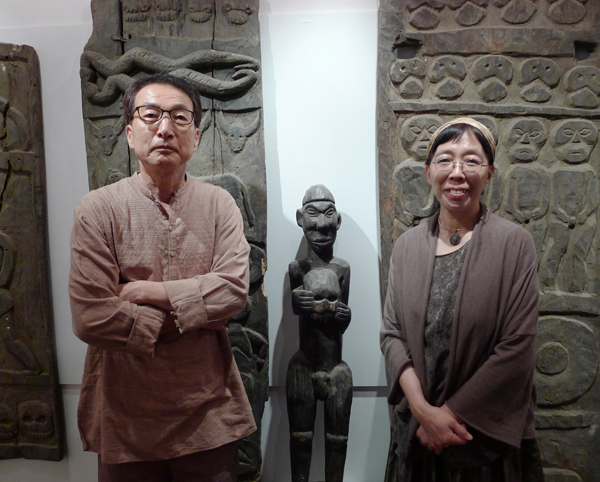 
YEONGWOL, Gangwon - A forum to conduct research into India has been launched in Yeongwol, Gangwon. The forum was started by three 1972 graduates of Seoul National University: Lee Jun-kyu, newly appointed Korean ambassador to India; Baek Jwa-heum, professor at the College of Law at Gyeongsang National University; and Park Yeo-song, director of the Indian Art Museum. Figures from education, industry and government gather to promote a partnership with one of the world’s fastest-growing countries.

The three initiators have not always been interested in India. Upon graduating from university, Lee as an ambassador was not involved with the country, Park designed postage stamps and Baek studied the sociology of law in graduate school.

It was Baek and Park, as a couple, who first developed an affection for India. After getting married, they went to India in the early 1980s, Park to study Indian arts and crafts and Baek to research case studies. They immediately fell for the charms of the subcontinent and stayed for 30 years.

Returning to Korea, Baek and Park opened the Indian Art Museum in Yeongwol in May after remodeling a shut-down school. The museum contains a collection of more than a thousand pieces collected by the couple. Since its opening, about a thousand people have visited the museum to see the Kalamkari paintings of Andhra Pradesh, Kantha embroidery of West Bengal and Hindu sculptures from all over the country.

Lee’s enthusiasm for India started in November, when he visited India as the chancellor of the Korea National Diplomatic Academy. Having been nominated as ambassador to India in June 2011, Lee contacted the couple to propose joining forces to promote Korea-India cooperation. With Lee’s support and the couple’s personal connection, the forum project kicked off.

“Forty-seven Korean students enrolled in Delhi University this year. India is an elephant running at a breakneck speed. I’m so glad that the flowers of India’s progress could be bloomed in Yeongwol,” said Ra.

Some didn’t forget to pass along some requests to Ambassador Lee.

“One-sixth of the world’s population lives in India. India is a country of immense potential,” said Baek. “We should do our best to pull together educational, industrial and governmental cooperation between India and Korea.”

The Yeongwol-India Forum plans to hold a seminar every three months to advise the government on diplomatic policy and businesses on market strategies. Also included in the forum’s future agendas are volunteer projects in undeveloped areas of India and inviting Vishnu Prakash, India’s ambassador to Korea, to attend the forum.

“Thanks to lifelong friends, diplomacy with India has been greatly encouraged,” said Lee. “The bilateral trade volume has rapidly increased since signing the Comprehensive Economic Partnership Agreement. Taking this as an opportunity, I will do my best to build a firm, cordial relationship between India and Korea.”