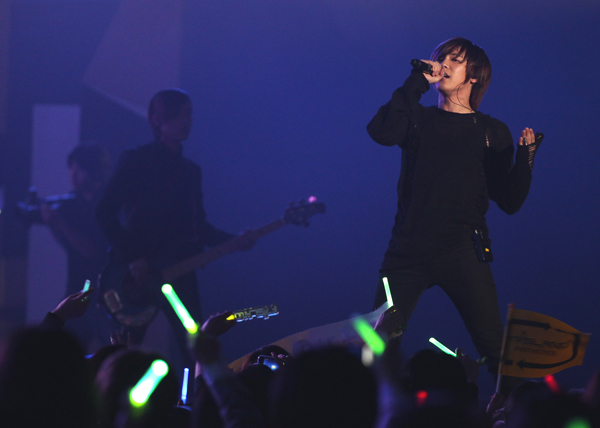 
During its two-day concert on Saturday and Sunday at Olympic Park, eastern Seoul, FT Island treated fans to a sneak peek of new songs from its new album set to be released on Monday.

The band sang a total of 21 songs including the title track “I Wish” as well as the songs “Life,” “Paper Plane” and “Let it Go!”

While singing “I Wish,” the band told the audience that five of the 10 songs in the upcoming album were composed and written by the band members and that they show the “various colors of the group.”

According to the group’s agency, there were fans that had come all the way from Denmark, Spain, Italy, Poland and Germany to attend the concert.

“One fan actually came to study in Korea because they loved the band so much,” said a spokesperson from FNC Entertainment.

As well as conquering the stage, the band’s front man Lee Hong-gi recently landed the job of host of Mnet’s K-pop chart show, “M Countdown!” Representatives of the show said Lee was picked for his large following.