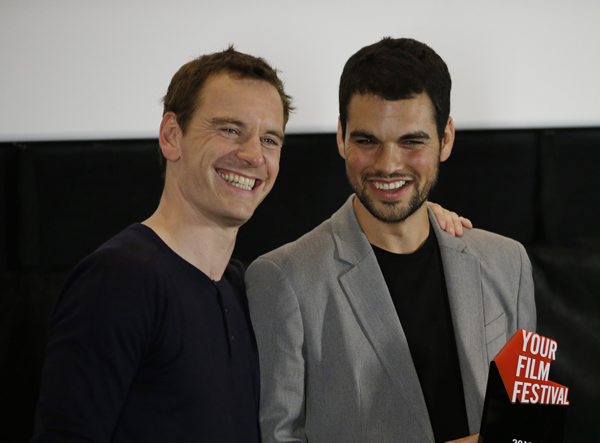 VENICE - Spanish filmmaker David Victori has won the inaugural edition of YouTube’s “Your Film Festival” for his short movie “The Guilt.’’

The winner was announced Sunday on the sidelines of the Venice Film Festival after selection by a jury that included director Ridley Scott and actor Michael Fassbender.

Victori, whose movie focuses on a man obsessed with revenge after his wife’s murder, will receive $500,000 for his next project, with Scott and Fassbender acting as executive producers - giving the filmmaker key insider guidance.

Fassbender, who triumphed at the Venice Film Festival in 2011, taking home a Golden Lion for his role in “Shame,’’ described Victori’s film as “very mature and confident.’’

“I was engaged from the top of the film,’’ Fassbender said at the award ceremony after a screening of the 10 finalist films. Victori said he has already presented his planned project to Scott and Fassbender.