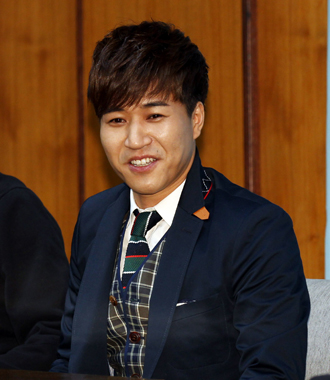 Typhoon Bolaven wreaked havoc across Korea last week, leading to the deaths of fishermen and flooding southern regions of the peninsula.

Comedian and singer Kim Jong-min was unable to escape the damage and was rushed to the hospital to get 20 stitches.

The injury sustained by Kim surfaced only yesterday as his agency announced that the celebrity hurt his leg while filming outdoors for the MBC program “That Man, That Woman.”

“The typhoon blew him over and he had to get 20 stitches,” Kim’s spokesperson said.

Currently, the entertainer is said to be bandaged up, but the stitches are “due to come out soon.”

The agency for the star added that Kim is determined to continue his filming on schedule.

“If need be, he’ll keep up with his appearances on crutches,” said a representative from the agency.

As well as being active as a member of the singing group Koyote, Kim is currently appearing in “1 Night 2 Days” and “That Woman, That Man.”