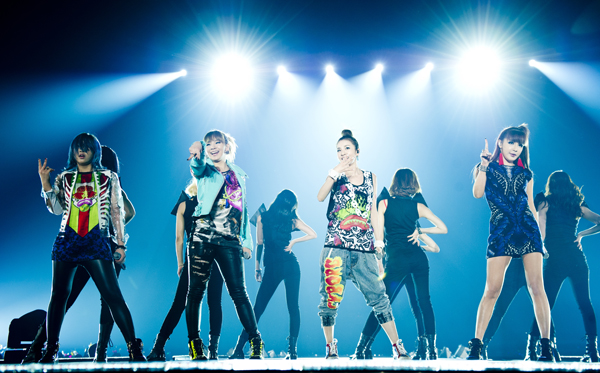 
Sometimes seemingly trivial things can actually imply a lot. The way YG Entertainment refers to its artists is a prime example. The nation’s second-largest entertainment company dubs its musicians as part of the “YG family.”

Of the nation’s top three talent agencies, including archrivals SM Entertainment and JYP Entertainment, YG contracts the most musicians who have stuck by the company for more than six years.

And that’s happening in the world of show business, where everything seems to go in and out of Gangnam style in an instant.

Being a part of the YG family has its perks. The oldest and largest entertainment agency, SM, is like an elite school. From acting to singing and dancing, a thorough education is provided that makes its students act like finely tuned machines.

Then there’s Park Jin-young, head of JYP, who is involved in many aspects of the agency because Park himself is an active producer and singer. He even organizes sex education classes for underage singers.

But the identity of YG, led by Yang Hyun-suk, can be best explained by his “cookie analogy.”

Instead of looking for a round and complete cookie, Yang prefers ones that are the odd ones of the batch.

“An incomplete cookie is more unique to me. I try to maximize one’s strong points instead of getting rid of the weak points,” Yang recently said during a talk show.

Yang’s “cookie philosophy” has simply worked. From Psy, who took the United States by storm with his equestrian dance and upbeat song “Gangnam Style,” to Big Bang and 2NE1, the second-largest entertainment company is booming at home and abroad.

In the Korea JoongAng Daily’s second installment of the “Inside K-pop” series, we take a look at the talent behind the talent at YG Entertainment. As the saying goes, if you give a mouse a cookie, it’ll want a glass of milk. But if you give Yang a cookie, he’ll turn it into an international K-pop star. 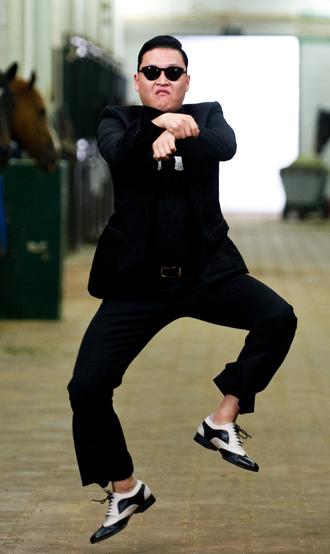 The rise of YG

The most recent global success of Psy, who is neither handsome nor sexy by most accounts, reveals a lot about YG’s secret to sustainable growth: cultivating each musician’s strengths.

Prior to working on his sixth album, Psy, a graduate of Berklee College of Music, wanted to go back to where he came from.

The 35-year-old singer, whose stage name comes from the word “psycho,” debuted and shot to stardom in 2001 with his “bird dance,” during which he flaps his arms up and down. The public loved his quirky performances and straightforward lyrics.

After flying high, Psy began singing tamer songs, focusing on his vocals. But YG and Psy wanted to be weird again. And the decision worked.

With a low-budget music video in which Psy repeats his horse-riding dance in awkward situations, he became a global sensation overnight. The music video attracted more than 94 million views on YouTube and has earned 10 billion won ($8.87 million) so far. Stars like Britney Spears and Katy Perry have raved about the previously unheard of Asian singer.

Yang believed in Psy and another 15 in-house producers and choreographers.

“I just sit and watch [musicians working on their albums] for 10 minutes and then leave,” Yang said during the talk show.

He likened himself to the salt of a cookie recipe.

“Salt is necessary when you bake but if there is too much, it all goes wrong.”

The unexpected success of Psy enabled YG to make up for its disadvantage: a shorter list of hit artists compared to its rivals.

Market watchers say that while YG may have fewer big names than SM, it could catch up in terms of market value soon.

“The most preferred entertainment share is YG for now,” says Jin Hong-guk, an analyst with Hyundai Securities. “Favorable factors are expected in the second half of this year for the company.”

With Psy killing it overseas, the lineup is expected to diversify in Korea with two more groups debuting within this year. In addition, 2NE1 and Big Bang are scheduled to resume their world tours.

Share prices are a tell-tale sign of the rise of the No. 2 talent agency. As of yesterday, a share of SM, the blue chip of the entertainment industry, was 59,800 won, while YG was 65,800 won.

YG and its head Yang currently stand at the center of the nation’s show business. But it certainly wasn’t always that way.

It all started with Seo Taeji & Boys in 1992. Yang was one of the two “boys.” The group was a legendary hit in Korea until its dissolution in 1996, but while Yang experienced stardom first hand, he wasn’t the one stealing the spotlight.

Shortly after, the newborn star decided to begin his own entertainment company, investing 50 million won into Hyun, the original name of his endeavor.

He renamed the company MF a year later and signed male duo Jinusean. Their commercial success enabled Yang to establish YangGoon Entertainment in February 1998, which becomes the foundation of YG Entertainment.

Yang Goon is Yang’s nickname. Goon is an honorific title for a boy or young man.

YG is known as an entertainment company that trains rising stars, but unlike other agencies that have a reputation for churning out pretty faces, YG prides itself on the raw talents of its singers and dancers.

Musicians like Big Mama, Wheesung and Gummy released albums with YG and received rave reviews from critics and the public alike. Each member of Big Mama, a female R&B quartet, was physically almost twice as heavy as the typical idol singer. But YG saw their talent and bet on their success.

The company was making a name for itself with these artists. Then came the Big Bang. Five teenage K-pop stars would propel the agency to international stardom, making the 400 billion won company what it is today. 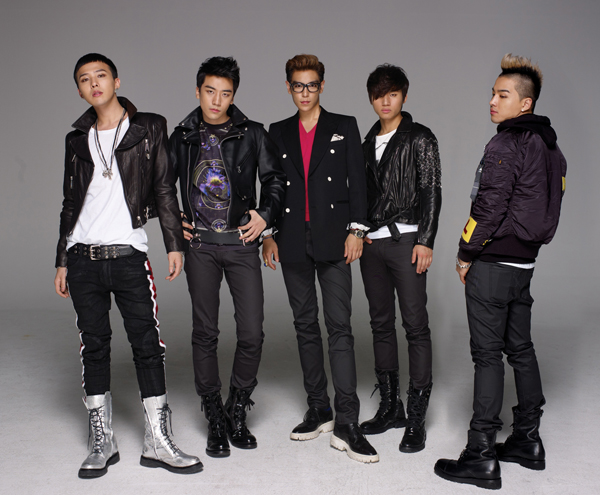 The debut process of Big Bang reflects the identity of YG, which seeks innovation over a cookie-cutter approach. Instead of resorting to live shows on national networks, Yang decided to expose the band through an online streaming service.

By joining hands with GomTV, YG created a 10-episode documentary series of Big Bang in 2006, the year of its debut.

The videos detailed how each member had practiced hard to become singers for as long as six years. The documentary shows clips of the six original members as young teenagers practicing together.

When the final episode aired, one of the members, Jang Hyun-seung, was eliminated from the band. Jang is currently a member of another boy group, Beast, of Cube Entertainment.

The five-member Big Bang then released its first EP about a month later and was already well known by the Korean public.

“We had this weekly checkup session where trainees performed in front of Hyun-suk hyeong [meaning older brother],” member G-Dragon said during an interview with a local media outlet when Big Bang debuted six years ago.

G-Dragon and Taeyang started training with YG at 13.

“We had to write lyrics, compose songs and choreograph to impress because one or two were eliminated [after the session],” G-Dragon added.

Rigorous training sessions enabled most of Big Bang’s members to write lyrics and compose and produce.

And then there was 2NE1. 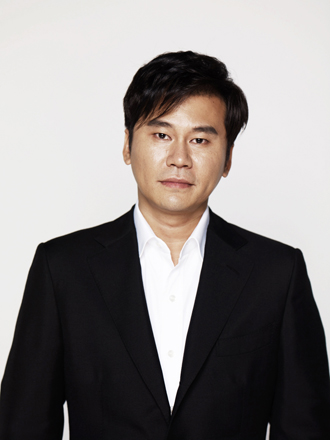 CL, the leader of the group, was once a trainee at JYP but left and wanted to settle down at YG. CL didn’t know how to contact Yang so she waited for many days in front of YG Entertainment in hopes of running into him.

Finally, CL met Yang and handed him a CD of her songs, which included a cover of “Dangerously in Love” by Beyonce.

Minzy, the youngest of the group, was scouted by Yang after he watched a video clip in which she performed break dancing.

The three were preparing for their solo albums, but Yang decided to put them into a group.

“I think I am good at arranging and combining,” Yang said.

Until the last minute, Yang wasn’t sure about the group’s fourth member, Sandara. But at the last second, he said he decided she would complete the group.

From the day they debuted, 2NE1 was different from other girl groups, who often wear frilly outfits and murmur cute lyrics. 2NE1 showed attitude. They fiercely rapped on stage with Minzy break dancing in hoodies and high-tops.

With “Fire,” the four-member girl group shot to fame and got the attention of overseas celebrities with their music videos.

Will.i.am, a member of the Black Eyed Peas, contacted the group after watching a music video and fashion designer Jeremy Scott designed sneakers for 2NE1. That’s how the girl group expanded their fan base from Seoul to Japan, North America and Europe.

2NE1 is currently working on its American debut with will.i.am.

“The music of Big Bang and 2NE1 is closest to electro-pop, which is the mainstream of the world’s music,” says music critic Bae Sun-tak.

“In addition, YG knows how to showcase the identities of each band with fashion and music videos. Their music videos are visually strong.”

But it hasn’t all been smooth sailing for the entertainment agency, and talks of an American debut, no matter how exciting they may be, bring back memories of failure.

Solo singer Se7en debuted in the United States in 2006, but the ambitious plan flopped.

“The North American market is risky. There is a slim chance of success compared to the investment costs,” a spokeswoman for YG says.

“So we focus on marketing using new media such as YouTube, Twitter and Facebook in North America and we also beef up sales and distribution channels there.”

But YG approaches other markets in a different way. “Our first goal is penetrating into Japan, the world’s second-largest music market, and then turn to other countries.” 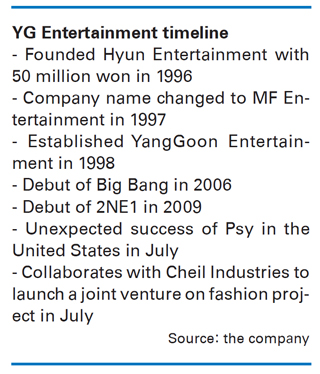 It runs in the family

Under the leadership of Yang, the most important key behind the sustainable growth of YG is defined as familism, according to insiders.

When 50 students from the MIT Sloan School of Management recently visited YG headquarters in Hapjeong-dong, Mapo District, central Seoul, they wanted to know what makes YG the driving force of K-pop.

The answer was simple: familism. According to experts, entertainment companies are highly dependent on their musicians. If artists leave after the contract expires, then the company has no revenue source.

What makes these artists loyal to YG? The agency’s fully equipped headquarters is often compared to Google’s campus in Mountain View, California.

“Three meals are provided including lunch, dinner and late-night snacks between midnight and 1 a.m. from Mondays to Saturdays,” the spokeswoman says.

YG’s most recent move was collaborating with Cheil Industries on a fashion joint venture business. YG and the major arms of Samsung Group will release a fashion brand next year, targeting the global market.

On the day of the announcement, YG’s share price jumped 5.1 percent.

“Revenue sources are always unstable for most entertainment companies, but such a move is expected to bring in steady revenue,” says Jin at Hyundai Securities.

“YG is expected to take a big leap later this year.”