Ensuring that aid goes where it should

Ensuring that aid goes where it should 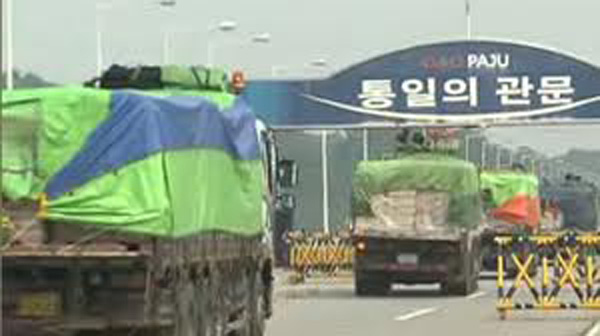 Typhoon Bolaven added insult to injury for North Korea. The North Korean authorities announced that the torrential rains in June and July left 169 people dead and more than 400 people missing. But the typhoon hit North Korea directly, traveling over capital Pyongyang and across the entire country, only sparing North Hamgyeong Province.

So, the government has received many offers of assistance. The International Federation of Red Cross and United Nations humanitarian groups are offering help as are the Korean Red Cross and other civil groups. But the South Korean government is in a dilemma. The administration has been hard on North Korea in response to a series of provocations, but the pressure to provide assistance is increasing. In reality, the government looks stingy if it is led only by military priorities and ignores humanitarian appeals.

But even so, we must be cautious. There are suspicions that Pyongyang may have exaggerated the scale of damage. Just last year, officials released fabricated photos of flood damage in order to receive additional assistance. So Pyongyang simply cannot be trusted.

Even faced with natural disasters, Pyongyang spends much of its time and money on propaganda events. The Arirang festival with 100,000 participants started in early August, and a torch parade is scheduled for Youth Day on Sept. 29.

In a public speech four months ago, Kim Jong-un professed that he would never let his people starve. But his priorities tell otherwise. Lately, the new leader has been spending his time touring military units and making extreme remarks, ordering them, for instance, to “sweep out the puppet villains mercilessly.”

Of course, Kim Jong-un may feel unwelcome in dealing with the Lee Myung-bak administration. It has not been easy to get assistance from the ruling powers. Last year, North Korea asked for rice and cement, but Seoul turned down the request, fearing the resources would be channeled to the elite. Instead, Seoul offered 1.4 million servings of children’s meals and 1.6 million units of instant noodles. But Pyongyang refused the offer, even as its people starve.

It is human nature to want to help people in need. Religious and civil groups appealing for assistance should be respected. However, a policy must not simply be based on emotions. Logic must rule.

If donations made to help the poor are actually used to purchase luxury cars and extravagant lifestyles, the well-intentioned humanitarian efforts are for nothing. So instead of criticizing our government for being careful, we need to make sure recipients of aid truly serve what we are giving.

* The author is a deputy political and international news editor for the JoongAng Ilbo.