Seoul takes marines out of drill on Dokdo islets

Seoul takes marines out of drill on Dokdo islets 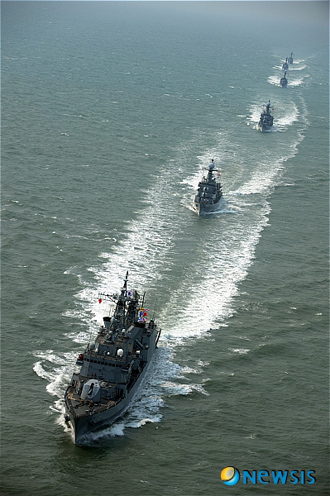 The Korean military canceled a landing exercise on Dokdo that was scheduled to be held by the Marine Corps on Friday, officials at the Ministry of National Defense said yesterday.

Instead, the military decided to strengthen its drill involving the Coast Guard.

The move seemed to indicate a cooling down of tension with Japan, which claims Dokdo as its territory.

The whole rationale of the defense drill was altered.

“Previously, we had prepared a scenario of an exercise involving the Marine Corps on the presumption that a foreign military approached the islets,” said a senior official from the Defense Ministry.

“But the military decided not to mobilize the Marine Corps on Dokdo as there’s a greater chance of foreign civilians illegally landing on Dokdo [rather than foreign militaries].” They would be handled by the Coast Guard. 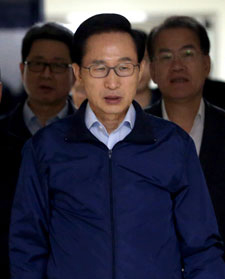 
The military had planned a drill in which 100 Marine Corps rescuers landed on Dokdo using two helicopters.

The sudden change of plans come with diplomatic tension high between Korea and Japan after President Lee Myung-bak made an unprecedented visit to Korea’s easternmost islets on Aug. 10.

Korean police have stepped up security on Dokdo and nearby Ulleung Island ever since in case conservative Japanese activists attempt to make illegal visits without the Korean government’s approval.

In the past, people from Hong Kong and Japan have illegally gone to the Senkaku Islands, called the Diaoyu Islands by China, to publicize their countries’ claims to the territory, which is controlled by Japan. Korea is worried that Japanese activists could try to get to Dokdo.

The exercise involving the Coast Guard will be held for four days starting Friday and will also involve the Army, Navy and Air Force. They will conduct a joint operation to repel an encroaching vessel.

Canceling the Marines drill is a way to defuse diplomatic tensions.

Earlier in the day, Japan decided to stick to its plan to join a September anti-proliferation exercise led by Korea to prevent the transfer of weapons of mass destruction. There was previous speculation that Japan would cancel its participation.