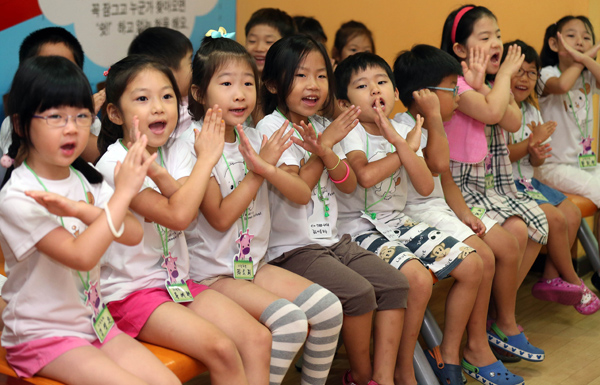 Kindergarten students learn how to protect themselves at the Children Safety Education Center in Songpa District, southern Seoul. The lessons have become more popular after a 7-year-old girl was abducted from her home last week and raped. [YONHAP]


Declaring a war on sex crimes, the police yesterday announced a one-month plan to intensify patrols and crack down on child pornography to reduce sex offenses against children and women.

Following a meeting of senior police officials, Police Commissioner General Kim Ki-yong held a press conference and announced a beefed-up public security plan to fight the recent surge of sex crimes and run-amok attacks. Public outrage reached a new peak after a 7-year-old girl in Naju, South Jeolla, was abducted from her home in the dead of night and raped by a neighbor last week. That followed a series of recent brutal crimes around the country.

“We became keenly aware that the police had failed to meet the public’s expectation to prevent the crimes,” said Kim. “We will use all authority and power given to us to prevent such heinous crimes.”

A one-month emergency patrol was ordered starting yesterday through Oct. 3. The police will mobilize all possible manpower for crime prevention. Even officers doing desk duties will be mobilized to neighborhoods with high crime reputations. 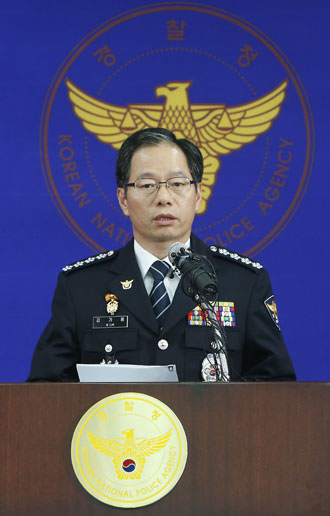 The police will also conduct random identification checks more aggressively during the period.

According to the police, a sex crime prevention department will be established in all police precincts.

The police also reinforced its monitoring of convicted sex offenders as recidivism is a serious problem. The police said it wants to add 793 more officers to the teams dedicated to handling sex offenders.

A special response team for sex crimes will also be created with police, medical specialists and counselors, and the identity of victims of sex offenses will be treated as confidential until the police formally open a probe.

Cracking down on child pornography is also a new priority. After his arrest for the Naju rape, suspect Ko Jong-seok confessed that he was inspired to commit the crime after watching child pornography.

Under the National Police Agency, a special task force will be formed to crack down on creation, distribution and possession of child pornography.

In the first step, 250 online file storage services, a major distributing channel for child pornography, will be checked. The police will also crack down on the viewing of adult materials in public places such as Internet cafes.

Experts said child pornography plays an important role in triggering sex crimes against children, but the regulations have been relatively loose in Korea.

Korea may be a substantial producer of child pornography. According to a recent report by the U.K.-based nongovernmental group Internet Watch Foundation, Korea produced 2.16 percent of the content featuring child sexual abuse around the world. The United States is the worst offender, creating 50 percent of the content, followed by Russia, which produces 14.9 percent, the group said.

It remains to be seen if the police measures will have any effect. Similar measures were adopted in the past after gruesome cases against children occurred, but they did little to prevent future crimes. 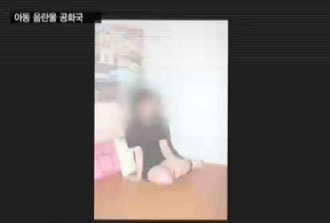 Following the brutal rape of an 8-year-old girl by Cho Du-sun in 2008, the police announced a plan to increase patrols around schools in cooperation with parents, but the system was not implemented properly. In 2010, an 8-year-old girl was abducted from a school playground and raped by Kim Su-cheol, and the police adopted a sex crime mapping system, but it was only used internally by the police and the public had little access to it.