McCartney to receive Legion of Honor

McCartney to receive Legion of Honor 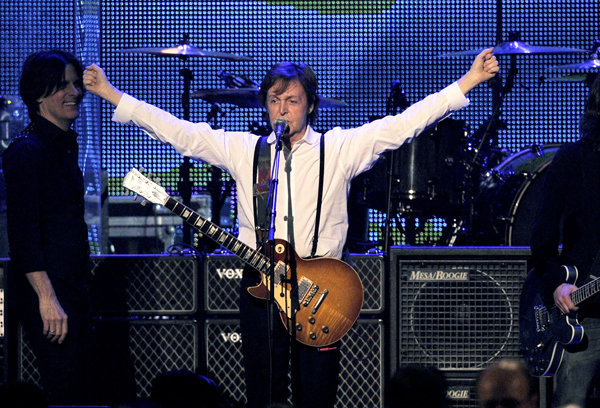 In the ceremony scheduled for Sept. 8, McCartney will be made an officer of the Legion of Honor, France’s highest public distinction which has been awarded to the likes of actor Clint Eastwood and singer Liza Minnelli.

No one at McCartney’s office was available for comment.

Created by Napoleon Bonaparte in 1802, and symbolized by a red lapel thread, the Legion of Honor has three grades: Chevalier, Officer and Commander.

The honor carries social status but no money, and recipients have to buy their own medal from a licensed jeweler, with prices ranging from 169 to 700 euros ($210 to $880) for the highest rank.

McCartney, 70, is the most influential songwriter in the history of popular music. He has already been awarded a knighthood by Britain’s Queen Elizabeth, whom he recently serenaded along with tens of thousands of spectators at the opening ceremony of the 2012 Olympic Games in London.

He first rose to international fame with The Beatles, co-authoring songs such as “Yesterday” and “Hard Day’s Night” alongside bandmate John Lennon, then went on to forge a solo career, forming the band Wings with his first wife Linda.