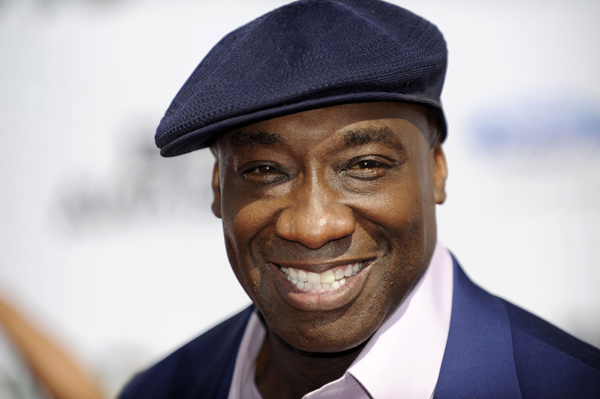 LOS ANGELES - Michael Clarke Duncan, the hulking, prolific character actor whose dozens of films included an Oscar-nominated performance as a death row inmate in “The Green Mile’’ and such other box office hits as “Armageddon,’’ “Planet of the Apes’’ and “Kung Fu Panda,’’ is dead at age 54.

Duncan died Monday morning at Cedars-Sinai Medical Center in Los Angeles, where he was being treated for a heart attack, said his fiancee, reality TV personality Rev. Omarosa Manigault, in a statement released by publicist Joy Fehily.

The muscular, 6-foot-4 Duncan, a former bodyguard who turned to acting in his 30s, “suffered a myocardial infarction on July 13 and never fully recovered,’’ the statement said. “Manigault is grateful for all of your prayers and asks for privacy at this time. Celebrations of his life, both private and public, will be announced at a later date.’’

Hollywood’s reaction to Duncan’s passing was heartfelt, including from “Green Mile’’ co-star Tom Hanks: “I am terribly saddened at the loss of Big Mike. He was the treasure we all discovered on the set of ‘The Green Mile.’ He was magic. He was a big love of man and his passing leaves us stunned.’’

In the spring of 2012, Duncan had appeared in a video for PETA, the animal rights organization, in which he spoke of how much better he felt since becoming a vegetarian three years earlier.

Duncan had a handful of minor roles before “The Green Mile’’ brought him an Academy Award nomination for best supporting actor. The 1999 film, based on the Stephen King novel of the same name, starred Tom Hanks as a corrections officer at a penitentiary in the 1930s. Duncan played John Coffey, a convicted murderer with a surprisingly gentle demeanor and extraordinary healing powers.

Duncan’s performance caught on with critics and moviegoers and he quickly became a favorite in Hollywood, appearing in several films a year.