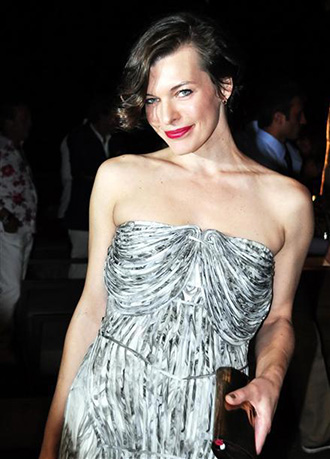 K-pop has won over another fan in a Hollywood A-lister.

Actress Milla Jovovich has confessed to her soft spot for K-pop acts, especially the female groups.

While in Japan to promote her latest movie “Resident Evil: Retribution,” Jovovich told journalists at the Grand Hyatt in Tokyo.

“I was watching MTV this morning and saw a Korean girl group,” Jovovich said.
“They were so cute and so lovely.”

The model-turned-actress will no doubt also win over some fans herself through the sci-fi movie, playing the feisty female killing machine Alice.

The movie opens in Korea on Sept. 13.