Couple charged with spying for Pyongyang

Couple charged with spying for Pyongyang 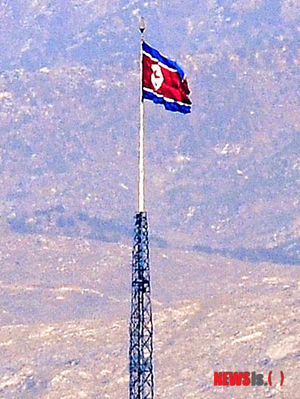 A middle-aged South Korean couple was arrested on suspicion of spying for Pyongyang.

The Gyeonggi Provincial Police Agency yesterday said that they detained the couple in their 50s, who were living together without the legal sanction of marriage.

The 58-year-old man surnamed Jang and his 57-year-old female partner Yu have visited China more than 50 times since 2007 and met with North Korean spy agents there.

The couple introduced themselves as doing some “unification businesses” to the Northern agents and volunteered to spy for North Korea and learn the regime’s dictatorial ideology.

The suspects even sent a hand-written pledge in 2008 to a North Korean agent in China to confirm their loyalty for the regime, police said.

The information they allegedly handed over includes: the exact location of military surveillance cameras installed on coastal areas off the East Sea and their specifications; personal information of officials and lawmakers who worked at the National Assembly in 2010 and 2011; and a government manual dealing with the free trade agreement between South Korea and other countries.

Yu’s elder brother was selling surveillance cameras to a military unit near the East Sea, so Jang was able to obtain the information on the cameras, police said.

Police assume that the information was delivered to the United Front Department of the North Korean Workers’ Party, which was in charge of Pyongyang’s South Korean affairs.

The case of the couple was unusual compared to previous espionage cases against the South.

In general, most North Korean spies were relatives or family members of the North’s agents or pro-Pyongyang South Korean students indoctrinated with the juche (self-reliance) philosophy. Otherwise, the regime targets certain people and wins them over.

They allegedly donated money to a memorial for the 90th anniversary of the birth of the founding leader Kim Il-sung’s wife, Kim Jong-suk, who was a former anti-Japan communist fighter. They even paid the expenses for North Korean spies’ staying in China, police said.

In return for all of their activities, they allegedly demanded the North nominate them as “special prime ministers” if the two Koreas are reunified.