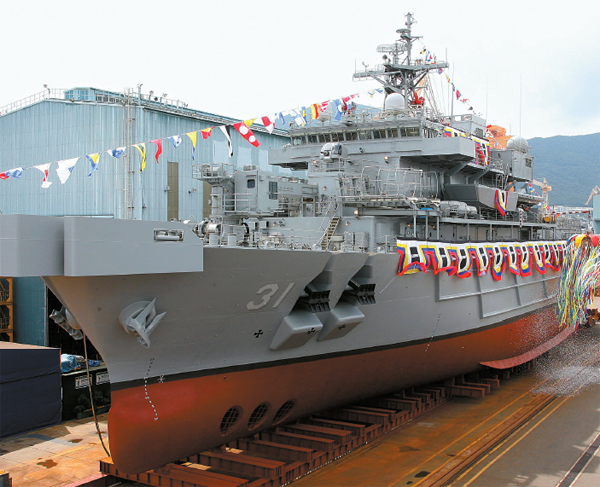 The Navy yesterday shows off its first home-built rescue and salvage ship at a shipyard in Geoje, South Gyeongsang. The 3,500-ton ship, named Tongyeong, was jointly developed by the Defense Acquisition Program Administration and Daewoo Shipbuilding & Marine Engineering from October 2010. The development started after the Cheonan warship was sunk by a North Korean torpedo in March 2010. [NEWSIS]