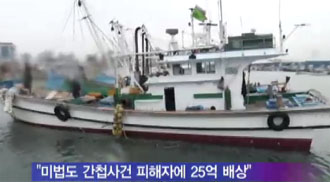 A Seoul court has ordered the state to compensate a South Korean fisherman who was falsely accused of spying for North Korea and spent 15 years behind bars in the 1980s and 1990s, court officials said yesterday.

The fisherman, identified only by his surname Cheong, was abducted in 1965 by the communist state along with 109 other fishermen while fishing in the Yellow Sea and released one month later.

In 1982, Cheong was taken into custody by Seoul’s intelligence agency without an arrest warrant and tortured for 13 days.

The following year, he was again apprehended by the predecessor of the National Intelligence Service and confessed to espionage charges during an investigation after undergoing torture for 38 days. His wife and brother were also tortured and gave false testimony.

Cheong was indicted for spying for the communist regime, in violation of the National Security Law which prohibits unauthorized contact with and activities sympathetic to the North, and was sentenced to lifetime imprisonment in 1984.

He served 15 years in prison before being released on parole in 1998 but remained under government surveillance.