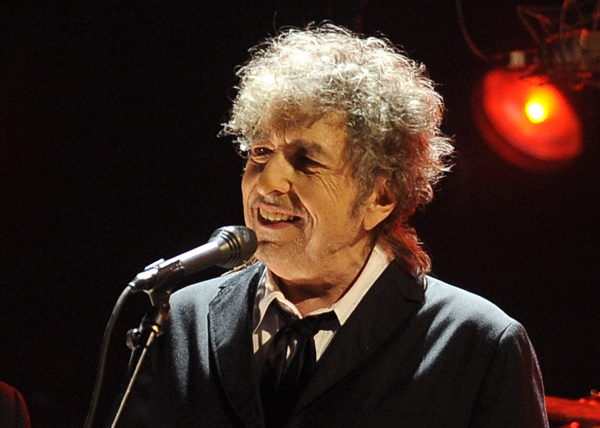 PORT CHESTER, New York - Fifty years into his career as a recording artist and a week away from the release of an extraordinary new CD, Bob Dylan is spending an evening where he seems to feel most comfortable - on stage.

Tuesday, he marked the grand reopening of a refurbished theater in the gritty village of Port Chester, New York, 35 miles northeast of New York City. The renowned road warrior, 71, has played more than 2,000 concerts over the past 20 years.

Next week, Dylan releases “Tempest,” a wide-ranging disc filled with the lyrical dexterity he’s famous for. He’s yet to try out any of the new songs before a live audience, and Tuesday was no exception. Instead, the inscrutable singer played a set that veered between train wreck and transcendent.