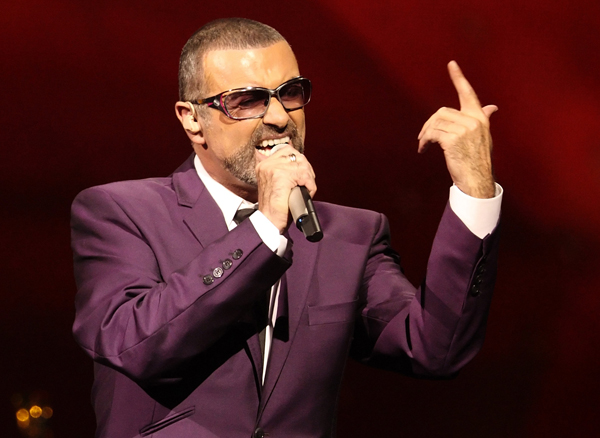 VIENNA - British singer George Michael hailed the Vienna medical team that brought him back from the brink of death last year as he prepared to resume a tour interrupted for months by a severe lung infection.

“Hey everyone, it’s that time again! And I get to open the tour singing to the men and women who saved my life,” he posted on Twitter on Tuesday. “And it’s a beautiful day!”

The former Wham! front man, who went on to pursue a successful solo career, fell ill in the Austrian capital in November and was diagnosed with pneumonia. He spent a month in Vienna’s General Hospital in intensive care.

Austrian media reported that 300 hospital staff - from doctors to cleaning crews - would attend Tuesday evening’s show. With his permission, the hospital is selling 700 concert tickets he donated to raise money for lung disease research.

The near-death experience prompted Michael’s new single “White Light”, which he performed at the closing ceremony of the London Olympic Games.

Michael, 49, had been in the middle of a European tour when he became ill and was forced to cancel a string of dates but has promised to play to every fan who had bought a ticket.

Born Georgios Kyriacos Panayiotou, Michael burst onto the British pop scene in the early 1980s as the lead singer of Wham!, which had a string of catchy hits, including “Wake Me Up Before You Go-Go” and “Last Christmas”.

That launched a standout solo career that featured chart-toppers like “Careless Whisper” and “A Different Corner”.

His rich vein continued with the 1987 No. 1 “I Knew You Were Waiting (For Me)” in which he performed with Aretha Franklin, one of his favorite artists.

The same year he released “Faith”, an album which spawned a string of hit singles including “I Want Your Sex”, “Faith” and “Father Figure” and earned the singer a Grammy. It was his best-selling album, although he did top charts around the world with subsequent releases, enjoyed estimated career sales of 100 million records and amassed a personal fortune of 90 million pounds ($143.1 million).

When he was not hitting the airwaves with his music, Michael’s personal life was regularly in the headlines, most notably in 1998, when he was arrested in California for “engaging in a lewd act” in a public toilet.

After the incident, he spoke openly about his homosexuality and courted controversy again by speaking out against the U.S.-led invasion of Iraq in 2003.

In a 2005 interview, Michael said he was withdrawing from public life, but the following year he launched his first tour in 15 years.