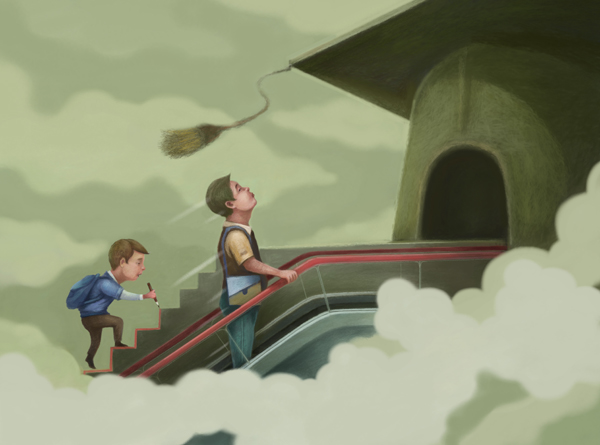 The Korean college admissions system is notoriously competitive, with the government even intervening to prevent zealous students from studying at hagwons, or cram schools, past 10 p.m.

The government has also stepped in to try and reverse this trend through its new admissions policy that emphasizes students’ potential through extracurricular activities and other “softs.” Yet it too has come under increasing scrutiny from the public as many question the fairness and reliability of these new policies.

A recent event involving a student admitted to a leading university in Seoul fueled concerns over the already controversial admissions policy called the “admissions officer system.”

A letter of recommendation from a senior faculty member at the student’s high school stated that the 18-year-old “took part in various volunteer works,” suggesting he was committed to public service. This aspect of his application helped him land a spot at Sungkyunkwan University under the newly implemented admissions officer system.

But last month, the student was found to have taken part in the gang rape of a mentally challenged middle school girl in 2010, omitting the prior conviction from his application. The teacher who wrote the letter of recommendation said during an investigation at the Daejeon Metropolitan Office of Education that he was aware of the student’s involvement in the case when he wrote the reference.

The student applied to the university and got in through the new admissions process that emphasizes leadership potential and character.

Having begun implementing the policy in 2008, 125 universities nationwide plan to recruit an average of 16.4 percent of their freshmen class through the system this year, and admissions officials say they look to gradually increase that number.

The initial intent was to free high school graduates from the grueling rote learning process required to score well on the College Scholastic Academic Test, the national college entrance exam that many believe determine future wages and affect social status.

But a growing number of observers see the new admissions system as inherently flawed. Some argue it favors those from privileged backgrounds who have the time and money to beef up their resumes. Others say it will lead to more corruption.

In a separate case in July, a resumes coach surnamed Shin was arrested for padding the applications of students with fake extracurricular activities for money. He had earned a total of 160 million won ($140,000) from parents. The suspect is said to have written an essay that falsely claimed a student worked as a reporter for an online publication. The student entered one of the major universities in Seoul through the reformed admissions system.

Jang Eun-sook, president of the National Association of Parents for Charm-Education, a Seoul-based liberal parents group, said the new system is unfair because those who can afford to pad resumes have an advantage. “The system should be called ‘mommy’s admissions system’ because rich mothers can gain an edge by hiring admissions experts and arranging somewhat exotic extracurricular activities abroad,” she said.

“When I was in Vietnam, I saw a group of mothers and students of a foreign language high school visiting to take part in volunteer work. All they did was give away medicine worth 30 million won [$26,425] that they brought from Korea and then took a picture, but most of the time they stayed in a luxury resort hotel.

Hundreds of applications assigned to each admissions officer and the tight schedule will likely further hinder efforts to carry out a thorough screening. “We have only four staff members to cover thousands of applicants. I have to examine 200-300 application letters within two weeks,” said an admissions officer at a Seoul-based university speaking on the condition of anonymity due to the sensitivity of the subject.

Kim Yoon-bae, chief of admissions at Sungkyunkwan, admitted that “it is hard to thoroughly assess all the references and student evaluations” during a press conference after the news of the student involved in the rape broke out last month.

Other experts raise an issue of flourishing private courses specifically designed for the admissions system.

In Korea, people already spend almost 16 percent of the average household income on private tutoring and the whole supplementary education spending was estimated at 20.1 trillion won in 2011, according to Statistics Korea.

“The private tutoring for the admissions officer system is much more expensive than that of college entrance exam because most courses on essays are taught on one-to-one basis,” said Lee Bohm, a policy adviser at Seoul’s Metropolitan Office of Education.

“Cram school businesses already sprung up in Daechi-dong in southern Seoul, helping students write a self-introduction essay. But students from underprivileged families would find it hard to take courses there due to the high cost.”

Lee also pointed out that Korea’s ingrained culture of assessing high schools based on the number of students admitted to top elite colleges hampers the reform measure from working properly.

“What matters to high schools is the figure of how many students are accepted by top-notch universities. Under this pressure, it is hard to expect teacher’s recommendations and student evaluations depict what kind of person the applicant is,” Lee said.

Research by the Korean Federation of Teachers Association in 2010 echoed Lee’s concern with 61.6 percent of professors and 70.4 percent of teachers worried that the admissions officer system could run counter to the idea of “fair society.”