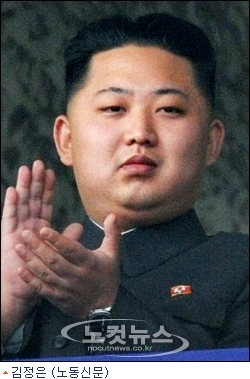 North Korean leader Kim Jong-un sent a letter of condolence to the family of the late Moon Sun-myung, the founder of the Unification Church, the state media reported yesterday.

In the English-language version released by the state-run Korean Central News Agency, Kim said, “I express my deep condolences to widow Han Hak Ja and the bereaved family upon receiving the sad news that Moon Sun Myung, president of the Universal Peace Federation, died of illness.

“Though he passed away, his efforts and feats made for the reconciliation and unity of the nation, the reunification of the country and the world peace will last forever,” he added.

The Unification Church in the South said it hadn’t received any message from the North. The state media didn’t say how the letter was sent.

Although Moon was officially anti-communist, he was widely known to have a special relationship with the North since 1991, when he met with North Korean founding leader Kim Il Sung in Pyongyang and developed a variety of inter-Korean projects.

When former North leader Kim Jong-il died last December, Moon sent his son Hyung-jin to the funeral in Pyongyang to pay his respects. For the funeral of founder Kim Il Sung in 1994, Pak Bo-hi, president of the Segye Times, a Korean-language newspaper company that Moon owns, visited the North on behalf of Moon.

Pyongyang hasn’t said whether it will send a delegation to Moon’s 13-day mourning period or his Sept. 15 funeral.