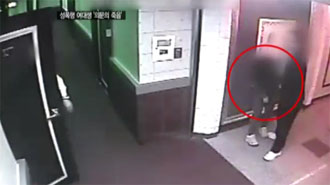 Two men and a woman in Suwon, Gyeonggi, went out drinking and then to a motel afterward.

The woman, a 21-year-old university student, ended up in a coma and the two young men have been charged with rape. She died in the hospital Tuesday.

The case is getting headlines following a brutal rape of a 7-year-old girl in South Jeolla and an attempted rape in Seoul last month in which a man with 12 previous convictions fatally stabbed a mother of two.

But the defendants in Suwon say their female friend’s death was a tragic accident and that they had sex with her consensually.

According to police reports, the female victim, whose identity has been withheld, worked part time at a pub in Suwon with Koh. Shin worked as a server at the pub in the past. Koh arranged a blind date between the victim and Shin, and all three went out drinking on the night of Aug. 27.

The police said the three had six bottles of soju and six cans of beer that night, based on receipts they procured.

The three went to a motel around 4:35 a.m. on Aug. 28 and each suspect admits having sex with the victim. The police suspect the young woman was unconscious before they had sex. The men left the motel after 7 a.m., leaving the unconscious woman in the room.

Koh, however, tried unsuccessfully to call her later in the morning. He returned to the room around 2:40 p.m. and found the woman still unconscious. He called the 119 service and when the woman reached the hospital, doctors used cardiopulmonary resuscitation, succeeding in reviving her heartbeat.

The two suspects were apprehended by the police at the hospital on the same day. The victim remained in a coma for a week and died Tuesday.

“The two suspects claimed during questioning they didn’t force the victim to have sexual contact, and it was agreed upon instead,” said Nam Yu-cheol, director of the criminal division at the police precinct.

They have been charged with rape without physical violence, but also a kind of group rape that has higher penalties than the ordinary charge.

The exact cause of death is not known and the National Forensic Service conducted an autopsy on the victim’s body yesterday, according to the police. The results will come out in about two weeks.