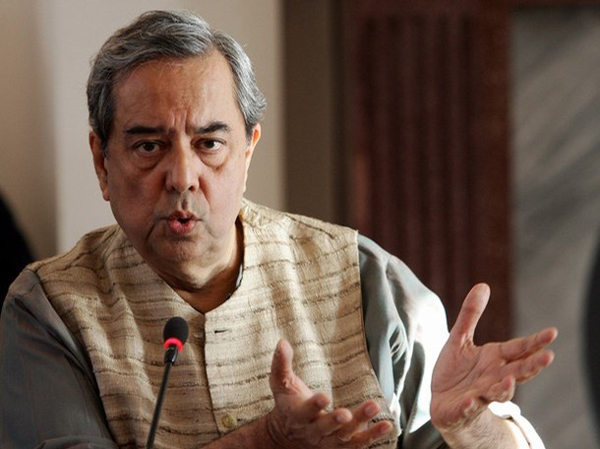 Ashok Khosla, president of the International Union for Conservation of Nature


Economic progress and environmental well-being can go hand in hand and Korea has a head start, making it an ideal place to hold the world’s largest conservation conference set to begin its 10-day run today, according to the president of the International Union for Conservation of Nature.

Korea has started programs in urban renewal, massive reforestation and clean technology, said Ashok Khosla, 70, in a written interview with the JoongAng Ilbo prior to the start of the 2012 IUCN World Conservation Congress on Jeju Island.

“The significance of this venue for the WCC is enabling conservationists from all over the world to see for themselves and judge the successes or shortcomings of these initiatives,” he said. Khosla singled out Korean steel company Posco for its role in green management and coastal restoration projects.

For nearly 40 years, Khosla has been associated with the IUCN, which has about 10,000 members from conservation agencies and civil organizations in 180 countries. He has been its president since 2008. The IUCN environmental conference, which is held every four years, runs through Sept. 15.

One of the biggest environmental challenges is global climate change, he said, noting that the past 10 years have been among the hottest in more than a century. “We know that Greenland’s ice cover, the Arctic ice and the Himalayan glaciers are melting at unprecedented rates. There is evidence that natural ecosystems and the species they sustain are having trouble adjusting to the changes of weather patterns that are taking place,” he said.

Khosla received a B.A. in natural sciences from Cambridge University and a doctorate in experimental physics from Harvard University. In advocating urgent action, he said many scientists fear that changes in climate “could lead to great disruptions in the global economy and in the lives of people.”

A recipient of the UN’s Sasakawa Environment Prize in 2002, Khosla served as director of the UN Environment Program and headed India’s Office of Environmental Planning and Coordination. He also chaired the NGO Forum at the 1992 Earth Summit in Rio de Janeiro.

The theme this year is “Nature+,” signifying that investing in the environment benefits “all aspects of our lives, including the economy, society, human well-being and, of course, the climate,” said Khosla.

“It is my personal hope that this will be the best ever World Conservation Congress; with a little goodwill on all sides, I don’t see why it should not be.”

Q. What significance does Korea, especially Jeju Island, have as a host of the World Conservation Congress?

A. Both Korea in general and Jeju in particular have old civilizations with long traditions of living in harmony with nature, the subject that lies at the heart of the World Conservation Congress. In just a few decades, Korea has regenerated from scratch a vast forest cover, an achievement that stands as unique in the world. Jeju boasts numerous sites of natural and cultural heritage. Both the nation and the province have made a major commitment to greening their economies.

Due to the financial crisis in the United States and Europe, the focus of government policies is on economic issues. On the other hand, environmental efforts such as reducing greenhouse gases are relatively low priorities. What would you say to governments, politicians and businesses about their responsibility toward the environment?

Many ? though of course not all ? causes of our financial crises lie, ultimately, in our neglect of the health and productivity of our environmental resources. And I believe that this will increasingly be the case in the future. The price of energy will continue to go up as fossil fuels are depleted and carbon emissions rise. Water is becoming scarce, leading to higher costs in agriculture as well as industry. If food prices rise further, the crises will escalate not just in the economy, but also in society as a whole. Every now and then there will be some new resource discoveries and technological innovation that will buy us some extra time.

But no mathematics I know of allows perpetual growth in a finite world. The crises we have seen over the past four years are but little blips in the global economy compared with what will come in the future if we do not take better care of the environment.

It seems that environmental protection and the activities of companies sometimes conflict with each other. Could you explain how businesses can benefit from partnering with the IUCN?

More and more businesses are learning that paying attention to the environment pays. Or, alternatively, costs less. In their work, companies use material resources, employ people and need capital. For the past couple of hundred years, these “factors of production” were available freely and in abundance.

That is no longer true and it will be less true in the future. Now, businesses realize that not only do they need to maintain their access to these factors, they also need the goodwill of their clients, their neighbors and their governments to maintain what they call their “license to operate.” Gradually, the more enlightened companies will increasingly pay attention to the environment, hopefully because they care about a better world, but definitely because they want to make money and not take risks that could bankrupt them.

What do you think will be the outcomes of the 2012 WCC?

A very large number of initiatives will be discussed and launched in Jeju. Many of these are embodied in the resolutions that the Congress will pass, though of course the resources needed to implement them may still have to be obtained. The big outcomes of 2012 will be approval of new programs and approaches that the IUCN plans to take to minimize threats to biodiversity. One of these will be a renewed emphasis on ecosystem management, which needs to be brought up to the same level as our pioneering work on protected areas and species conservation.