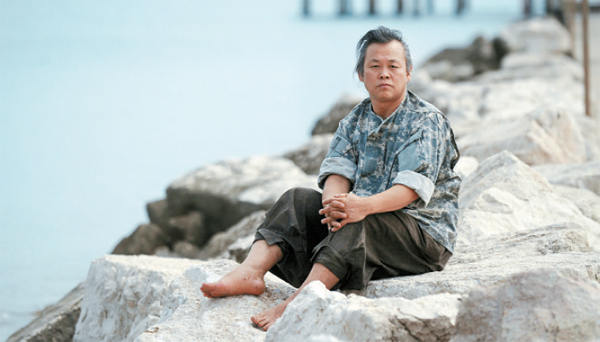 With his bleak morality tale “Pieta” now one of the favorites to win the Golden Lion prize in Venice on Saturday, Kim said he regretted that audiences at home still did not sufficiently appreciate his foreign award-winning work.

“The Korean film industry is still lacking compared to the European and American markets,” Kim said in an interview at the Excelsior Hotel, striking an arresting sight in his camouflage jacket, baggy trousers and red-laced boots.

“They still view films as entertainment instead of looking at artistic value or social issues,” said Kim, who despite having made 18 movies is still seen as something of an outsider in Korean cinema and has no formal schooling in film.

Kitano, who premiered his yakuza flick “Outrage Beyond” at the festival this week, went even further saying art house cinema in Japan was in “dire” straits.

“You have to make a film like ‘Avengers’ to get recognition,” he told a select group of reporters on the sidelines of the world’s oldest film festival. “My ‘Outrage Beyond’ is as close as you can get to an ‘Avengers’ kind of movie, so I am hoping to get a big audience with this one, as big as possible.”

Kim said that part of the issue was that the market is skewed in favor of blockbusters and suggested that distributing art house via the Internet could be a solution but he added that the main problem was viewer attitudes.

“Audiences need to see that there is much more value to these films than just entertainment,” the 51-year-old pony-tailed director said.

“I believe audiences who see this film will question capitalist society.”

“Pieta” is a searing condemnation of money-grabbing capitalism couched in a morality tale about a thuggish loan shark who struggles for spiritual redemption when a woman claiming to be his mother suddenly appears in his life. The film is set in the dank alleys and clapped-out workshops of a part of Seoul where Kim himself used to work.