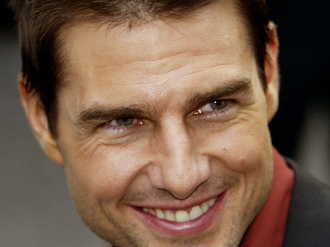 LOS ANGELES - The Church of Scientology denounced as “hogwash” Wednesday a report that it auditioned candidates to be Tom Cruise’s girlfriend, while the star’s lawyer branded the claims “tired old lies.”

Vanity Fair quoted sources as saying the church tested actresses as potential brides in 2004, after Cruise split with Nicole Kidman and before he met and married Katie Holmes, who recently divorced him. The report included details of a failed match with an Iranian-born actress, who was allegedly dismissed after failing to show enough public affection to the Hollywood A-lister, who is the church’s highest-profile member. But Cruise’s lawyer Bert Fields dismissed the allegations. “Vanity Fair’s story is essentially a rehash of tired old lies previously run in the supermarket tabloids, quoting the same bogus ‘sources’,” he said. “It’s long, boring and false.”

The Church of Scientology also blasted the journalist who wrote the story and her sources, whom it described as “self-promoting apostates.”

Holmes announced on June 28 that she was filing for divorce to end her five-year marriage to Cruise, who was reportedly taken completely by surprise. The Vanity Fair story claims the church embarked on a “top-secret” project headed by Shelly Miscavige, wife of Scientology chief David Miscavige, to find a girlfriend for Cruise three years after his 2001 split from Kidman.

Straplined “What Katie didn’t Know” on the front cover of the magazine’s October edition, it said actresses who were Scientologists were called in and told they were auditioning for a training film. They were then asked a series of questions, including: “What do you think of Tom Cruise?” As a result of the process, an Iranian-born, London-raised actress, Nazanin Boniadi, was chosen to date Cruise after intensive daily “auditing” the previous month.

The auditing - a standard Scientology process - involved her having to reveal her innermost secrets and every detail of her sex life. She was also told to get rid of her teeth braces and red hair highlights. She was flown to New York and the first month with Cruise was “bliss,” but by the second month, she was found wanting.