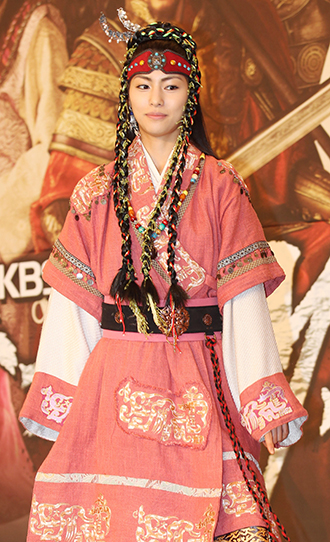 Actress Kim Jung-hwa is set to make her comeback to the silver screen after a two-year hiatus with a new 3-D movie in the works.

The film, titled “Silverscreen Lovers” and directed by Son Tae-woong, is already in production and tells the tale of a couple that catches a glimpse of their future while at the drive-in movies.

“Kim has made a name for herself in period dramas, and this will be a chance for her to show her skills by acting in a modern piece,” said a spokesperson from 4HIM Entertainment on Sept. 6.

Filming is currently ongoing in Paju, Gyeonggi, and Kim is excited about her first movie since “Read My Lips” (2010).

“I thought the fusion of drama and 3-D was an interesting concept,” said Kim, explaining why she decided to take a role in the production.