NY fashion week gets under way

NY fashion week gets under way 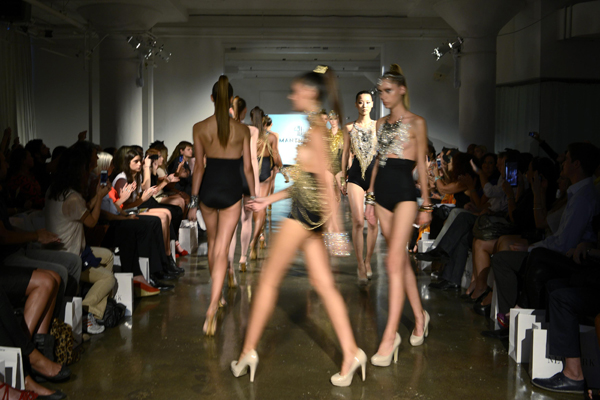 NEW YORK - The spring-summer 2013 collections started coming down the runways on Thursday when New York fashion week shifts into high gear with nearly 300 shows and presentations over eight days. Nicholas K, BCBG Max Azria, Richard Chai and Japan’s Tadashi Shoji are among the first to show at Lincoln Center, ground zero for a dizzying array of events around Manhattan. Veterans on the schedule include Helmut Lang on Friday; Carolina Herrera, Donna Karan, Marc Jacobs and Oscar de la Renta on Monday and Tuesday; and Ralph Lauren and Calvin Klein when fashion week winds up next Thursday. Younger designers and labels are prominent as well, among them Jason Wu on Friday; Alexander Wang and Altuzarra on Saturday; Thakoon, Zac Posen and Rad Hourani on Sunday; Phillip Lim on Monday; and Rodarte on Tuesday.

Newcomers include actress Katie Holmes, embarking on a new life as a part-time designer after her much-publicized divorce from Tom Cruise, with a collection put together with full-timer Jeanne Yang. Running alongside fashion week is Fashion’s Night Out, on Thursday, spearheaded by Vogue magazine in 2009 to sustain shoppers’ interest after the 2007 financial crisis.

Hundreds of stores and boutiques around Manhattan will be trying to outdo each other with the most original events, from tarot card readings at Christian Louboutin to homemade charity cookies baked by model Karlie Kloss at DKNY. New York fashion week is followed by London on Sept. 14-18, Milan on Sept. 19-25 and Paris on Sept. 27 to Oct. 3.