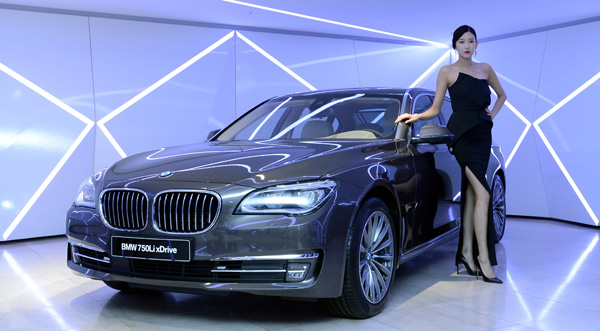 A model poses next to a new BMW 7 Series at BMW Korea Mobility Lounge in Cheongdam-dong, southern Seoul, yesterday. The company said Korea is the first country in Asia where the 7 Series, which is available in seven models, is being introduced. Retail prices range from 124.6 million won ($109,876) to 187.6 million won. [NEWSIS]