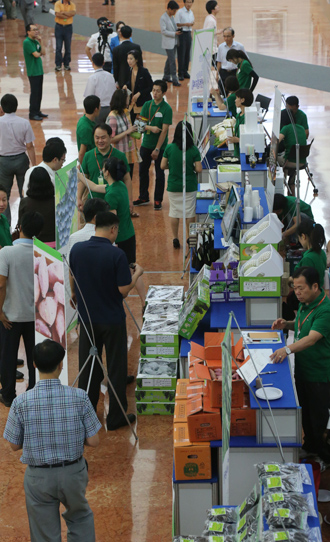 North Korean defectors sell crops and products that they produced in the South to government officials at a one-day indoor market at the Central Government Complex in Seoul, yesterday. South Korean social entrepreneurs who have hired North Korean defectors also took part in the market aimed to raise public awareness of the defectors-turned-farmers. The participants donated part of the profits from yesterday’s market to the so-called “Unification Jar,” a government-backed public fundraising campaign for the unification of the two Koreas. [YONHAP]