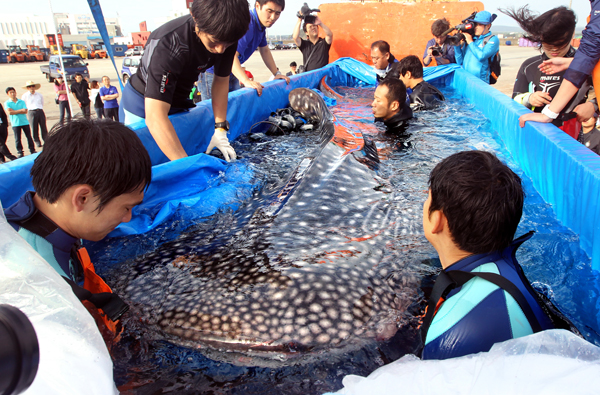 Workers at Hanwha H&R prepares yesterday for a release of a whale shark to the sea off Seogwipo, Jeju Island. The released shark was one of the two whale sharks that were caught in a fixed shore net in waters off Jeju Island and were later donated to the Hanwha Aqua Planet in Jeju Island. Speculations, however, soon ensued whether the two sharks were in fact smuggled from China. Faced with a flurry of demands by animal rights groups to release the shark after one of the two suddenly died last month, the aquarium decided to set free the shark. [YONHAP]