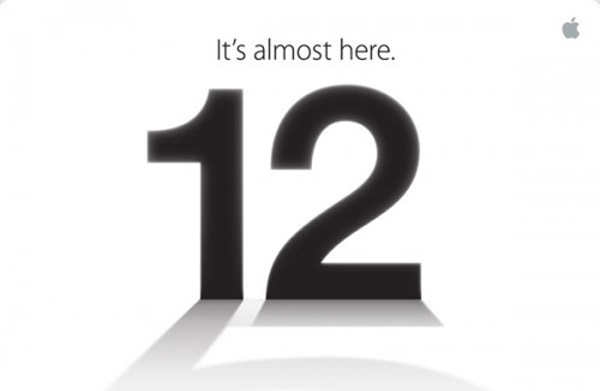 It seems that Apple’s next version of the super-popular iPhone, expected to debut next Wednesday, will have a lot fewer parts by Samsung Electronics, signaling a serious escalation of the war between the two business partners-turned-competitors.

The iPhone maker did not place parts orders with its Korean archrival for the initial batch of the new iPhone, which is widely referred to as the iPhone 5, according to industry sources yesterday.

LG Display, a rival of Samsung, and Japan Display have received orders for the next iPhone’s liquid crystal displays, while China’s ATL and Japan’s Sanyo have been picked as suppliers of batteries.

“Apple has listed Samsung as one of its memory chip suppliers for the iPhone 5,” said an industry source familiar with the situation. “But Samsung has failed to obtain orders for initial production volume. Samsung SDI [Samsung Electronics’ affiliate] has also been selected to supply batteries but hasn’t been asked yet to start producing.”

A Samsung spokesman refused to confirm any matters related to contracts with Apple, citing confidentiality rules.

“It is true that Apple has been trying to taper off the volume of orders with Samsung recently,” said another Samsung worker on condition of anonymity. “It has been kind of anticipated because Apple already mentioned its move to vary its suppliers in the past.”

Samsung, the world’s top smartphone and memory chip producer, has been supplying around 40 percent (in terms of contract price) of parts in the past generations of iPhones over the last five years.

Apple purchased an estimated 10 trillion won ($8.8 billion) worth of parts from Samsung last year, about 6 percent of the Korean tech giant’s annual revenues that year.

Some analysts have warned Apple not to risk ruining its relations with Samsung.

“Apple needs strong suppliers,” according to Ben Rogoff, who manages $1.3 billion in technology funds at Polar Capital in London, as quoted by the Telegraph earlier this week. “Apple needs to be careful what it wishes for. If this relationship deteriorated, you’d see Apple looking to diversify its supplier base, but that’s hard to do.”

On Tuesday, Apple invited members of the media to an event next Wednesday in San Francisco, and the invitation suggested it would be the introduction of the long-anticipated new iPhone.

The American tech titan could sell six million to 10 million iPhone 5s in the final week of this month, according to Gene Munster, an analyst with U.S. investment bank Piper Jaffray, in a Wednesday research note.

The iPhone 4S, currently the latest model, sold four million units in its first weekend, while the preceding model 4 sold 1.7 million units in just three days. By comparison, sales of Samsung’s Galaxy S3, potentially the biggest iPhone 5 rival, have passed the 20 million mark since its release in late May.

The judge also refused to accept the request by the world’s most valuable firm to bring forward a Dec. 6 hearing for a permanent barring of eight Samsung smartphones and tablet PCs in the U.S.