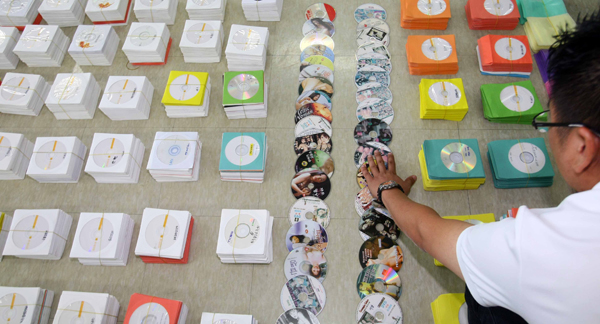 An officer at the southern regional headquarters of the Coast Guard displays confiscated pornographic DVDs illegally sold by five suspects now in questioning. Authorities reported the five have been selling three DVDs for 10,000 won (8.85 dollars) since 2008, distributing around 20,000 illegal copies worth about 210 million won, mainly at sea ports across the country. [NEWSIS]


Police have begun cracking down on peer-to-peer (P2P) file-sharing services that are being used to distribute child pornography and other obscene content, the latest move in the government’s war on sex crimes. 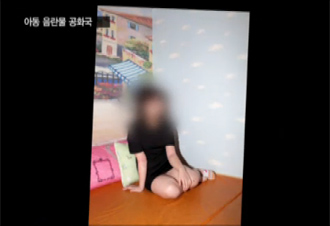 The Cyber Terror Response Center of the National Police Agency (NPA) said yesterday that they have handed over a list of 250 P2P services to local police agencies in order to crackdown on violations related to child pornography.

P2P networks are legal and allow shared access to files without the need of a central server. However, users can use these systems to distribute illegal materials like copyrighted content and child pornography.

The NPA stated that these file-sharing sites will be punished if they are not officially registered and have not instituted measures to detect, delete and block child pornography.

In addition, the NPA is considering joining Interpol’s child pornography database system, which traces the location of the production of the pornography.