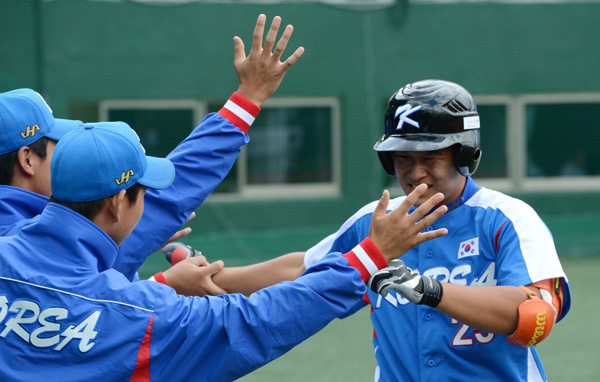 Yoon Dae-young high-fives teammates after hitting a solo homer in the ninth inning against Japan on Saturday at the Mokdong Stadium, Seoul. Korea beat Japan, 3-0, at the fifth-place decider of the U-18 World Baseball Championship, avenging a 4-2 loss in the second round Thursday night. The U.S. beat Canada, 6-2, in the final Saturday to win the championship. Taiwan finished third after beating Colombia, 4-1, earlier Saturday. [NEWSIS]