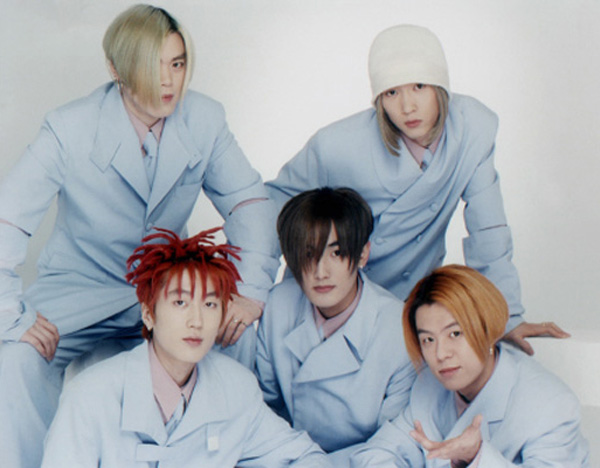 
The former members of H.O.T., a defunct boy group that was at the forefront of first-generation K-pop stars, used Twitter to mark the 16th anniversary of their debut.

The group - Kangta, Moon Hee-joon, Tony Ahn, Jang Woo-hyuk and Lee Jae-won - first performed on Sept. 7, 1996, and produced five albums before disbanding in 2001. “It’s been 16 years since I made debut with H.O.T. Time flies so fast,” said Kangta in his tweet. “Thank you for those having been with us and those who will be with us. I love you.” With its five-boy structure and fast-beat dance-focused repertoire copied by many other teen groups, H.O.T.’s fan base became the prototype for today’s groups.

Ahn, 34, who owns a talent agency, tweeted Saturday, “We are aging on the face but let’s maintain youth in the heart.” In his tweet, Jang expressed affection for the group, recalled the nicknames of “Sexy Guy” for Kangta, “Moody guy” for Ahn, “Shy Guy” for Lee and “Pikapika” (from impersonation of a popular Japanese cartoon character Pikachu) for Moon. Jang was known as “Wild Guy.”