Ad agencies get creative over hiring

Ad agencies get creative over hiring 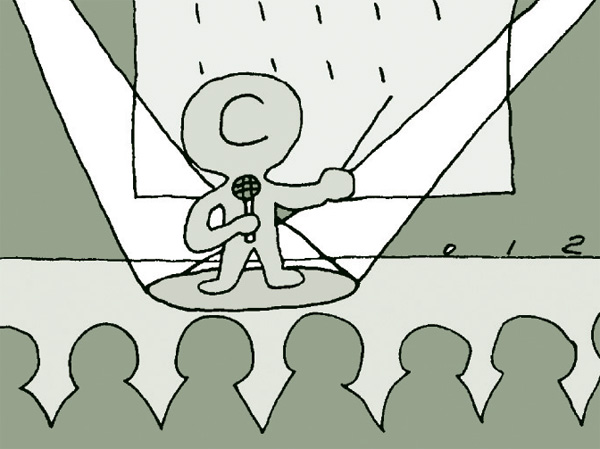 Cheil Worldwide and Innocean Worldwide, the nation’s two biggest advertising companies, are competing to recruit talented job seekers with a variety of events.

As advertising companies rely heavily on creative minds to dream up memorable slogans and effective marketing strategies, they are now coming up with off-the-wall hiring activities to show that they mean business and, they hope, magnetize the right crowd.

Cheil Worldwide held its “The Recruiting Showcase C” at Konkuk University in northern Seoul on Wednesday and said it will accept job applications until midday Saturday.

Many of the company’s top executives, including CEO Kim Nack-hoi, appeared on the podium to deliver the company’s vision of not only keeping its top position in the domestic ad market but also expanding its presence in the global market. Creative Director Oh Hye-won, who picked up an award at the International Festival of Creativity, also known as Cannes Lions, in 2010, talked about the latest advertising trends in the global market.

It also invited job seekers to submit video presentations prior to the showcase using English words starting with the letter “C” that best suit the company’s image. Winner Kim Min-sik was invited to give a speech at the showcase. The event was broadcast live online and via mobile devices.

Meanwhile, Innocean Worldwide chose the Korea National Arboretum in Gyeonggi as the venue for its recruitment information session from Aug. 29 to Sept. 1. It used to team up with Hyundai Motor Company in hosting such an event before branching off this year.

The four-day event named “Picnic to Share Dreams” invited 140 applicants who signed up in advance via Facebook. Every day, 35 of them were bussed to the arboretum and given a chance to talk with professional copywriters, art directors and event promoters for several hours. The company is accepting applications until Sept. 14. It will choose around 30 new employees this year, it said.