IT start-ups no longer the preserve of the elite

IT start-ups no longer the preserve of the elite 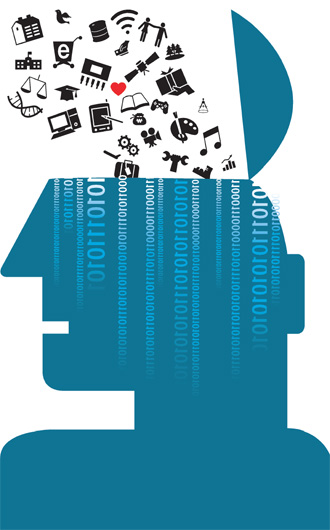 As young entrepreneurs increasingly venture into uncharted areas of the IT industry, start-ups are coming back in fashion in the country after they lost their luster when the dot-com bubble burst almost a decade ago.

The renascent trend is now picking up speed at an exponential rate, whether in the form of companies for smartphone apps or Web services.

Kim, who majored in math at college, has never studied computers in depth, but he had some knowledge as his father persuaded him to study computer programming from elementary school.

Even in college, although software development was an interest of his, he never thought of starting his own business. The notion of jumping into a market where several hundred experts were launching high-quality products they had worked on for several years seemed destined to fail. However, the recent boom in smart devices, including smartphones and tablet PCs, led him to change his mind.

According to the Korea Venture Business Association, there were over 27,000 start-up firms registered in Korea by the end of June, 10,000 more than two years earlier. The sudden rise coincides with the appearance of Apple’s iPhone in the local market in late 2009, which triggered a smartphone boom.

Based on a recent list of 103 founders of IT start-ups by Go Venture Forum, the average age of these new CEOs is between 30 and 31. The forum, which started in 2008, has been holding lectures regarding IT start-ups every month since 2008, drawing 200 visitors on average.

Many of the CEOs were born around 1982, the year that Seoul National University’s computer engineering department succeeded in developing the nation’s first Internet connection in Gumi, North Gyeongsang. It did this in partnership with the Electronics and Telecommunications Research Institute (ETRI), which was back then known as the Korea Institute of Electronic Technology.

These people were in their teens when the high-speed Internet network was commercialized in 1994. Additionally, half of them majored in areas that bear little connection to computing, such as law, social studies, business management or various scientific branches.

Nam Won-joon, the 25-year-old founder of Campus Style Icon, is one of these CEOs, having majored in business management. His company is an online fashion magazine that focuses on well-dressed college students and analyzes their wardrobes.

Before starting his business, Nam attended a private academy to learn about computer programming so he could oversee the company’s development once he outsourced some of the work to specialists.

But after his business launched, he continued to learn by peering over the shoulder of developers. Today, Nam can write almost any program himself, he says.

Among the list of 103 founders, those who majored in social sciences or the humanities accounted for the lion’s share, or 20 percent, followed by those who studied computer science (18 percent), business management (14 percent), sports and entertainment (6.8 percent), science (4.9 percent), and law (1 percent).

“This generation grew up familiar with digital technology, as if it were their mother tongue,” said Park Gil-sung, a sociology professor at Korea University. “Without requiring much if any expertise in computers or other forms of engineering, they were able to start their own [IT] businesses with relative ease.”

Ko Young-ha, the 60-year-old chairman of Go Venture Forum, said the situation was considerably different in the past, when most people who launched their own businesses in this industry majored in computers or related fields, such as Nexon’s Kim Jung-ju and NCsoft’s Kim Taek-jin.

The specific business areas are also changing. During the dot-com boom, most start-ups were search engines or games, but their modern-day scions tend to focus on more complex technologies.

Add2Paper started with a simple idea and went from there. Its founder, 25-year-old Haena Jun, majored in art at college, had the concept of offering students free printing paper for campus computers by adding the logo of sponsors on the bottom of the printed page.

“You only need to hire a talented developer to tackle the complicated technical parts of the programming,” Jun said. “The important part is coming up with a money-spinning idea.”

Add2Paper currently offers the service to 27 colleges nationwide. Its goal this year is to expand that number to 100, which would be roughly half of all the four-year colleges in the country.

Other ideas that have turned into successful Korean companies include ones related to matchmaking, information on restaurant deliveries and trading in second-hand goods via mobile devices.

Even the schools that the new start-up generations graduated from are growing in diversity, beyond tech-heavy schools such as Kaist or Postech.

“In the past, start-ups were restricted to a tiny group of people obsessed with computing,” said Park at Korea University. “But the diversification of academic background that characterizes this generation means that starting an IT company is now a much more accessible option.”

According to Noh Jong-chan, the CEO of Wantreez Music, more young people are also prepared to gamble on starting their own businesses as the idea of having a job for life is no longer realistic in today’s highly competitive, economically volatile market.

“As we are entering a low-growth era, it’s not easy to accumulate personal wealth unless you start your own business,” he said.

Experts say that as the characteristics of start-ups differ from the past, when technology-based companies were the mainstream, support for them also needs to change.

“The companies need to be evaluated based on their founding ideas, and a new type of support system that introduces developers needs to be established,” said Lee Chul-gyu, a professor at Konkuk University who specializes in start-ups.