Ssangyong to get 200 billion won in support

Ssangyong to get 200 billion won in support 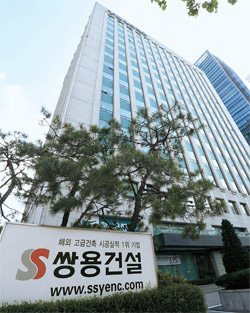 Ssangyong E&C is expected to receive 200 billion won ($176 million) of liquidity support from its creditors this month, waiving off rumors of possible bankruptcy.

As early as tomorrow the construction company will likely be injected with 70 billion won from its majority shareholder Korea Asset Management Corporation (Kamco) while additional liquidity support amounting to 130 billion won will be supplied by its creditors, including Woori Bank, Ssangyong said yesterday.

The swift liquidity support is considered to reflect the government and creditors’ confidence in Ssangyong, who has been winning major construction projects outside of Korea.

“We are planning to get things done as quickly as possible and complete the liquidity support before the end of this month,” a Woori Bank official said. “All other creditors have agreed to this.”

Ssangyong has a strong reputation abroad based on its luxury hotels in the Middle East and Southeast Asia. Currently, Ssangyong is working on projects worth 3 trillion won outside of Korea, including a large-scale project in Singapore.

“Ssangyong is about to win orders to the tune of $9.6 billion,” said Kim Tae-yeop, head of the information planning office of the International Contractors Association of Korea. “If such a company falters, the credit rating of domestic construction companies will decline in foreign markets,.”

In fact that government made it clear that it will not see the construction company crumble.

“Essentially, creditors must solve this problem by reaching an agreement among themselves, but if an agreement cannot be reached, financial authorities will provide assistance,” Kwon Hyouk-se, Financial Supervisory Service governor, last week.

A FSS official added that as Ssangyong is in fact owned by the government, it will never “falter.”