Global culture communicators get a taste of Korea

Global culture communicators get a taste of Korea 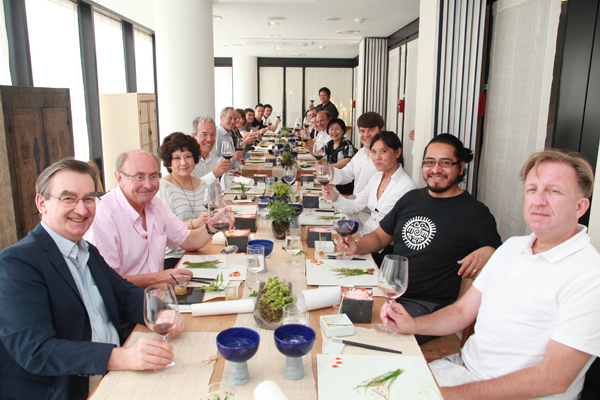 Fourteen leaders of cultural communications from 13 countries at the Korean restaurant Siwhadam in central Seoul during the recent Culture Communication Forum. Provided by CICI


“Communicating Through Culture: The Key to Opening Hearts and Minds” may have been the theme of the Culture Communication Forum. Participants, though, were most impressed by the open arms with which they were received during their immersion into the culture of Korea.

Albert was among the 14 cultural communication leaders from 13 countries invited to the Culture Communication Forum, a small-scale exchange program and conference. The forum is an annual event organized by the Corea Image Communication Institute (CICI) in an effort to raise awareness of Korean culture.

“This forum was first organized to give opinion leaders from across the globe an opportunity to experience Korean culture and share their own with us,” said Choi Jung-wha, president of CICI. “We hope this event contributes to elevating Korea’s brand image across the world.”

Choe Kwang-shik, minister of culture, sports and tourism, said in a statement that he hoped the “forum will prove to be a gathering of influential cultural figures from around the world during which the participants can share their insightful views on communication through culture, as well as forecast and create a vision for the future.”

Choe also said he believes “communication through culture serves as the best tool for breaking down barriers among nations, and promoting international cooperation and unity.”

On Sept. 2, participants visited the Korea Furniture Museum and enjoyed a lunch of traditional Korean cuisine. The group then attended a performance by pianist Kim Sun-wook followed by a moonlight tour of Changdeok Palace, guided by Choe, the culture minister. 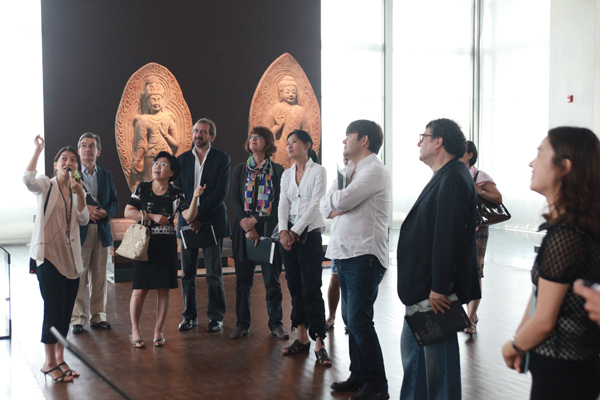 
The group then held a discussion session on Thursday morning before spending their last evening together looking at an exhibition of kokdu, or wooden figurines, followed by a guitar recital by Jung Sung-ha and a martial arts performance “Y-Kick,” that combines taekwondo and B-boy dance.

“I feel that Korea and Koreans have an adventurous spirit and a strong passion to self-improve. Korea’s achievements in various fields, such as design, economic growth and innovation are very astonishing, however, it seems to be considerably under-recognized compared to other countries,” said Doogue, the host of ABC Australia.

Wolton, of the French National Center for Scientific Research, said he “would like to see Korea going out to the world with more confidence, making its voice heard and having more pride in its achievements. True communication begins with recognizing and understanding diversity of culture.”

Gorgun Taner, general manager of the Istanbul Foundation for Culture and Arts, said he wrote down what Korea meant for him before taking a plane to Seoul.

“What I remembered is the Korean War and the name Park Ji-sung, who was a soccer player for Manchester United. I also jotted down names, such as the film director Kim Ki-duk and the famous video artist Paik Nam-june,” said Taner. “However, after spending three days here, my image of Korea changed totally, and this is important, as we will be ambassadors for Korea.”

Taner also expressed how amazed he was by Korean food.

“Before I came here, I didn’t know what Korean food was like. I travel around the world and I would go to Chinese restaurants and Japanese restaurants, but never Korean,” he said. “But from now on when I travel abroad, I’ll definitely go to Korean restaurants.”

Eric Trochon, a renowned chef from France, agreed, saying he had thought “perhaps Korean food was very similar to Japanese and Chinesfood, but Korea has a very unique food culture.”

“When we think about food, we think about how we can promote our local food to other countries, and I believe Korea already has that, and that is temple food,” said Trochon. “Food has a lot to do with communication, and Korea can definitely communicate with other cultures through its representative food.” 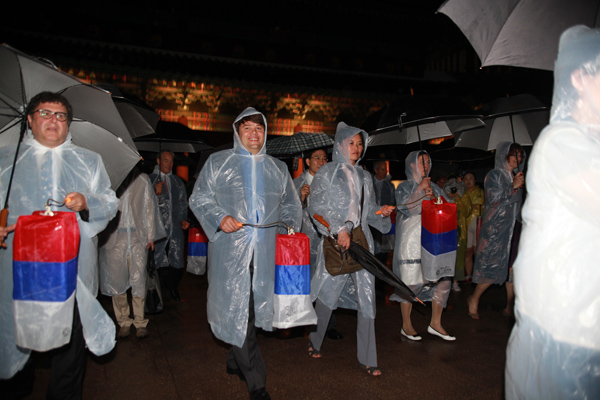 
Although the participants had different ideas about communication challenges and ways to strengthen cross-cultural relationships, they agreed Korea could be an anchor for cultural dialogue.

“Its position at the crossroads of Asia and Chinese Confucian and Western liberal could be a catalyst for it. It could also be the role of the new Korean cultural wave, so-called Hallyu, which does not appear to me as a refusal or an alternative to American culture, but rather as a gateway where aesthetic and moral values are traded and exchanged,” said Wolton.