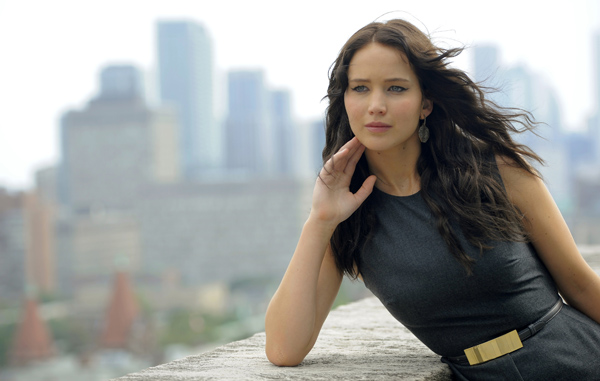 TORONTO - As Jennifer Lawrence prepares to start shooting the next installment of “The Hunger Games,’’ she’s thinking back to how she nearly turned down the role that’s made her one of Hollywood’s biggest stars.

Lawrence says she spent about three days figuring she would say no to playing Katniss Everdeen, the hero of the action franchise set in a post-apocalyptic North America where teens are forced to fight in televised death matches.

The 22-year-old actress said she had envisioned remaining where she started, in smaller independent films, and that “just saying yes to this one thing could completely change my life, and I don’t know if it’s going to be for the better,’’ Lawrence said in an interview over the weekend at the Toronto International Film Festival, where her comic drama “Silver Linings Playbook’’ premiered.

Lawrence already had a taste of studio life with the ensemble superhero tale “X-Men: First Class,’’ a role that came her way because of “Winter’s Bone,’’ the 2010 low-budget Ozarks crime tale that earned her a best actress Academy Awards nomination.

She ultimately agreed to do “The Hunger Games’’ for the same reasons she does indie flicks - and because of some straight talk from her mom.

“The truth was, in the bottom of my heart, I wanted to do it. I wanted to play this character. I was scared of the aftermath, but you can’t say no to things because you’re scared. You just have to go for it.’’

Lawrence, who also stars in the horror tale “House at the End of the Street’’ opening Sept. 21, is trying to fit in smaller films between her busy schedule of “Hunger Games’’ and “X-Men’’ sequels.

In “Silver Linings Playbook,’’ she plays a bit of a head case, an unstable young widow who falls for another troubled spirit, a man (Bradley Cooper) fresh out of a psychiatric ward after turning violent when he caught his wife cheating on him.