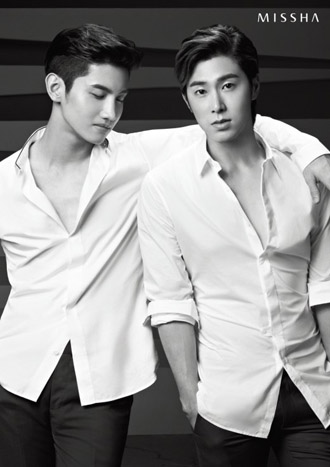 K-pop duo TVXQ is already the face of Missha cosmetics in Korea.
But now, the band is set to become the brand’s token models worldwide after signing an exclusive contract with the company just days ago.

Missha announced on Sept. 10 that TVXQ will help the brand expand and that more advertisements featuring the boy band will be made visible around some 1,000 stores across Asia.

“With the band’s image, we hope to portray the band in a global and sophisticated light,” said a spokesperson from Missha.